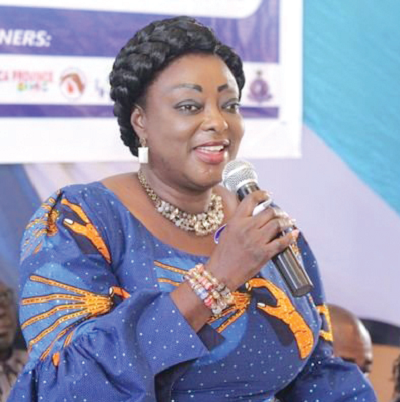 The Minister of State-designate for Works and Housing, Ms Freda Prempeh, yesterday expressed appreciation to President Nana Addo Dankwa Akufo-Addo for giving her the opportunity to serve in his government in the first and second terms.

She assured the President she would work hard to help address the deficit in the nation’s housing sector and justify the confidence the President and the good people of Ghana had reposed in her.

Speaking in an interview with the Ghana News Agency (GNA) at Duayaw-Nkwanta in the Tano North Municipality in the Ahafo Region, Ms Prempeh, who is Member of Parliament (MP) for Tano North, noted that the Works and Housing sector was a key area President Akufo-Addo had prioritised in his last term of office.

“As a government, we will focus on affordable housing and I believe we can do this perfectly when we work towards reducing the cost of construction to make housing affordable,” she said.

That, she explained, called for the establishment of a National Housing Fund and National Housing Authority that would promote and push the use of local materials for building and construction.

Ms Prempeh was unhappy that currently the nation’s housing deficits hovered around 1.7 million and underlined the importance to push for the restructuring of the Public Works Department (PWD) to make it attractive and more efficient.

She emphasised that without the total support of Ghanaians, the government would be unable to facilitate accelerated national development and called on the populace to support the President and his appointees to push the Better Ghana Agenda and the Ghana Beyond Aid.

Ms Prempeh commended the good people of Ghana for re-electing President Akufo-Addo in the just-ended election and assured the government would strengthen its flagship social and poverty reduction intervention programmes to benefit the masses and alleviate the plight of the people.

President Akufo-Addo appointed Mrs Prempeh as the Deputy Minister for Works and Housing and later in a reshuffle, moved her to the Ministry of Gender, Children and Social Protection as a deputy, a position she has held till now.