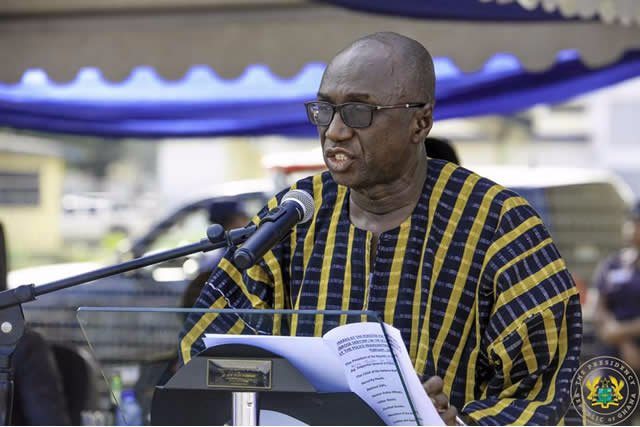 Interior Minister-designate, Ambrose Dery, says his ministry, in response to the recent spate of reported suicides in the Ghana Police Service, has urged the police to build a strong counselling department to support its members.

Speaking at the Appointments Committee vetting, he admitted some of the lapses in the system and stated that an active and a decentralised counselling department will help the police personnel access spiritual leaders who will counsel them whenever needed.

“We have drawn the attention of the Police that there is the need to build a strong counselling department because I do not think that the system we have now is enough to guide people.

“We also said that the religious leaders – like we have the Imams and the Chaplains in the military – should be decentralised so that with every place that you go, you have them. With the Police, it is centralised in Accra,” he stated.

He continued: “Honourable chairman we all know that even us, one time or the other, we go to leaders in faith when we are facing challenges to be counselled.”

Further to these efforts, he stated that “the Ghana Psychological Association has been contacted to provide interim interventions at various levels.”

Mr Dery also made reference to the “functioning counselling department” in the army where even officers who are about to retire are prepared for that next phase in their lives.

“In the army, when people are going on retirement, they are prepared. There is a counselling system that invites them and prepares them, so this is one of the best practices,” he said.

Mr Dery’s comments come after three cases of suicides in the police force were reported in less than a month.

On January 30, the Half Assini District Police Commander, Supt Cyprian Zenge, was reported to have shot himself in his house.

According to the assemblyman for the area, Kizito Trill Erzoah, the deceased left behind a note which read: “I am fed up”.

On February 14, a police officer with the Legal and Prosecutions Unit at Ashaiman allegedly committed suicide at Tema Community 18.

According to the Tema Regional Police Command, DSP Asiam Divine Yao shot himself in his Bortiman residence.

The 50-year-old reportedly died in the early hours of Sunday, February 14, 2021, after being rushed to the Police Hospital.

That being said, the Interior Minister-designate told the Committee that the police will thoroughly investigate these cases to ensure they are truly suicides.

“As I do in every case, [I’ve] insisted that it should be thoroughly investigated. But beyond that, decentralisation and increase of religious heads and the functioning counselling departments will be useful.

“This is one of the best practices that I have been encouraging the police to put in place to be able to stabilise the situation so that we stem the suicides,” he said.

He, however, added that the outcome of the investigation will not change preparations being made towards ensuring that the police system has a functioning counselling department.