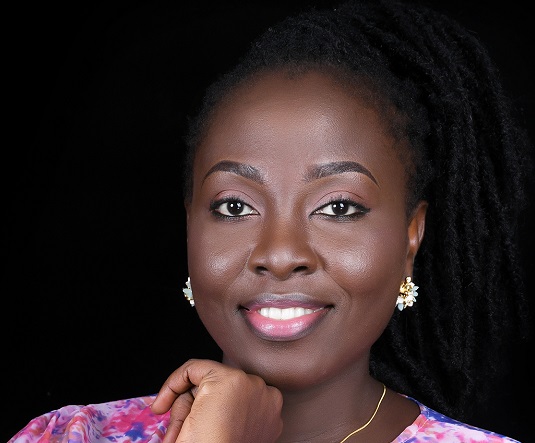 A lot of people lose patience and give up when they pray, asking God for something and it seems to delay.

However, Gospel musician, Rainer Okyere Mantey, did not give up when she beseeched God to help her be a good songwriter and come out with her own album but it did not materialise as early as she may have wanted.

In 2007, Rainer and a team called SB4K released an album but she didn’t have any input into it, with all the songs written by the team, all she did was sing.

However, she yearned for her own project and nearly 14 years after that album was released, God answered her prayer and she is finally out with hers.

The album is titled God’s Surprise and Rainer explained to Graphic Showbiz that she chose that title because of how God had come through for her.

“I call it God’s Surprise because that is how much He surprised me. I had yearned to write my own music for so many years and although I came out with an album 14 years ago, it wasn’t mine.

“I didn’t write the songs, I didn’t do the arrangement, I sang the songs and although the album was in my name, it wasn’t my project. But after all these years this is how God has surprised me, I’m able to write songs, arrange them lyrically and musically in a beautiful way,” she said.

God’s Surprise is a 10-track album; nine tracks and a worship medley and the titles are Yen Agya, God Is Love, I Don’t Know Why, The Call, Me Do Wo, Otumfour Agya, Reign, Taste And See, We Are One and Worship Medley.

All the songs were recorded, mixed, mastered and produced by Sei of PMF Studio, except for Reign which was done by Micky Banor and Ekow Quansah (Nsanku Junior).

Yen Agya is Rainer’s take on The Lord’s Prayer and is done in a mellow vein and the sparse use of instruments, with the keyboard most prominent, allows her to use her voice to the best effect. Yen Agya is certain to put one in the mood to exalt and worship God as is intended to be.

God Is Love talks about the love described in the Bible with emphasis on Paul’s letter to the church of Corinth and in the Gospel of John.

Rendered in a slow vein, Rainer sings mainly in English with a dash of Twi in the chorus and her soothing voice makes it very pleasing to the ear.

Rainer discovered her passion for singing while she was very young and has been in the ministry for over two decades. A year ago, she took the bold decision to go professional and that has culminated in her own album.

She revealed that she was currently doing everything on her own and was hoping to be signed by a record label.

Rainer Okyere Mantey works as a Communications Officer with a Christian NGO, International Needs Ghana. She is married with four children.

You were a photography icon; Social media eulogises Bob Pixel

Bob Pixel was loved for his competent services in photography Bob Pixel, regarded as a leading light in modern photography is reported dead and...
Read more
Entertainment