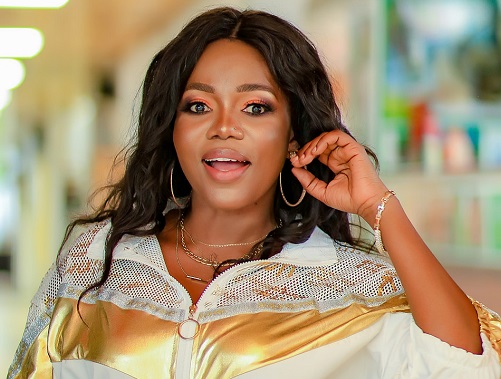 While many followers of Hiplife artiste, Mzbel may be worried that something evil awaits her in the coming days after curses were heaped on her by some Ga traditional priestesses, the Awoso Me hitmaker remains unshaken, saying she has nothing to fear.

Mzbel received the barrage of curses from the priestesses, who are from the Nae-We Shrine at James Town, after she claimed the shrine was fraudulent.

Speaking with Graphic Showbiz, the artiste, who has been involved in a war of words with traditional leaders at the shrine since last week, said she would not be cowed into silence by the action of the fetish priestesses since it was just drama.

“I don’t care about the curses they imposed on me at Abeka Junction opposite the Despite building last Saturday because whatever happened there was just drama and concert. I trust the gods, they are wise and know I’m innocent.

“I have not wronged or disrespected the gods, traditional priests and priestesses who work for them. I could never have done that but to say the truth. Besides, what is my crime? I came to the shrine to seek help for an issue I wanted solutions to.

“I paid a sum of GH¢2,000 as charge fee to get the Nae-We to settle the case for me. Many months passed without me knowing what was happening. I concealed the truth anytime I was asked in an interview about the state of the case with the excuse that they were still on it.

“But truthfully, nothing was happening so when I went on United Showbiz on UTV two weeks ago, I decided to tell the truth and also warn the public that the Nae-We could not be trusted. They took my money for a case I presented to them and couldn’t give me justice,” stated.

Leave me out of your politics – Bola Ray replies Mzbel

I have never discussed Mzbel with my husband – Nana Ama McBrown

Mzbel yet to be charged after arrest – Lawyer

I’m in a comfortable lead – Mzbel to Tracey Boakye

According to Mzbel, it was in her place to caution the public against the fraudulent acts of the Nae-We shrine since she had publicly extolled their competence and they had disappointed her.

The whole matter started last year when Mzbel, in an attempt to stop estranged friend, Afia Schwarzenneger from making unsavoury comments against her went to the shrine for mediation.

At the time, Mzbel said she was confident the shrine could be of help but that did not happen. And when she spoke about the fraud on UTV, the story took a new twist when one Nii Quaye, a representative of the shrine accused her of seeking to kill Afia Schwarzenneger.

“I have no intentions of exchanging words with the traditional priestesses and priests at the Nae-We We shrine, that’s not my goal. However, if they want to trample on my rights and disturb my peace, I will have no option than to take them to court.

“I’ve not lost hope or given up on our traditional systems, I’m still very confident in them. However, I think it is about time we fished out the bad lots. Besides, since my issue came up, I’ve had people call me to share their stories.

“This is not too good for the image of our traditional courts and for those who believe in the African customs and traditions. I know there are many good ones but the few corrupt ones are destroying their reputation.

Even though Mzbel is disappointed at how things have turned out, she told Graphic Showbiz that she didn’t want a refund of her money. “I don’t want my money back, I just want justice”.

Obour, former MUSIGA president   According to Obour, MUSIGA is missing out on a lot of things, especially from the corporate world where it does...
Read more
Entertainment

Miss Ghana at 64 – the journey so far

Miss Inna Maryam Patty, CEO of Exclusive Events Ghana, organisers of Miss Ghana And quite recently it has evolved from being just a beauty...
Read more
Entertainment

Kuami Eugene headlines The Rockstar Concert tonight The concert which is being organised by Charterhouse in collaboration with Lynx Entertainment is scheduled to come...
Read more