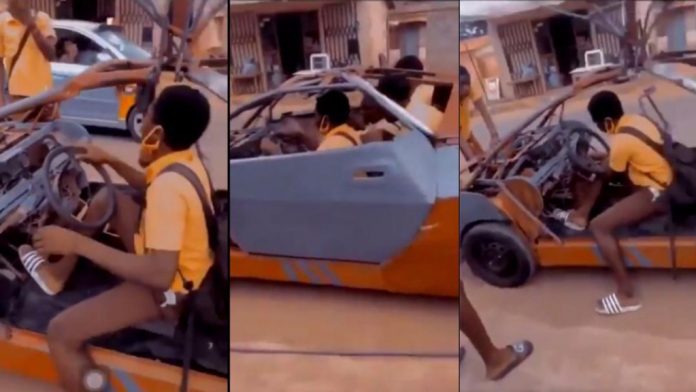 The Kantanka Akofena was allegedly modeled based on the design of the car manufactured by 18-year old Kelvin Odartey.

Kelvin, in a viral video a few months ago, was captured driving his self-made car to school on the last day of the Basic Education Certificate Examination (BECE).

The car which he called ‘kejelvesuins’ was made from scrap metals.

Following his viral video, the young talent subsequently earned a scholarship from Kwadwo Safo Junior who offered to mentor him to pursue his passion.

The new Kantanka Akofena was displayed as part of the end-of-year exhibition by the car manufacturing company.

It is being marketed as a sports car.