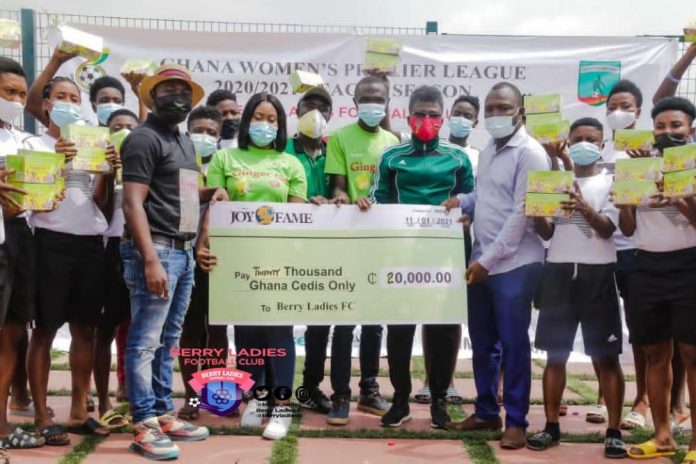 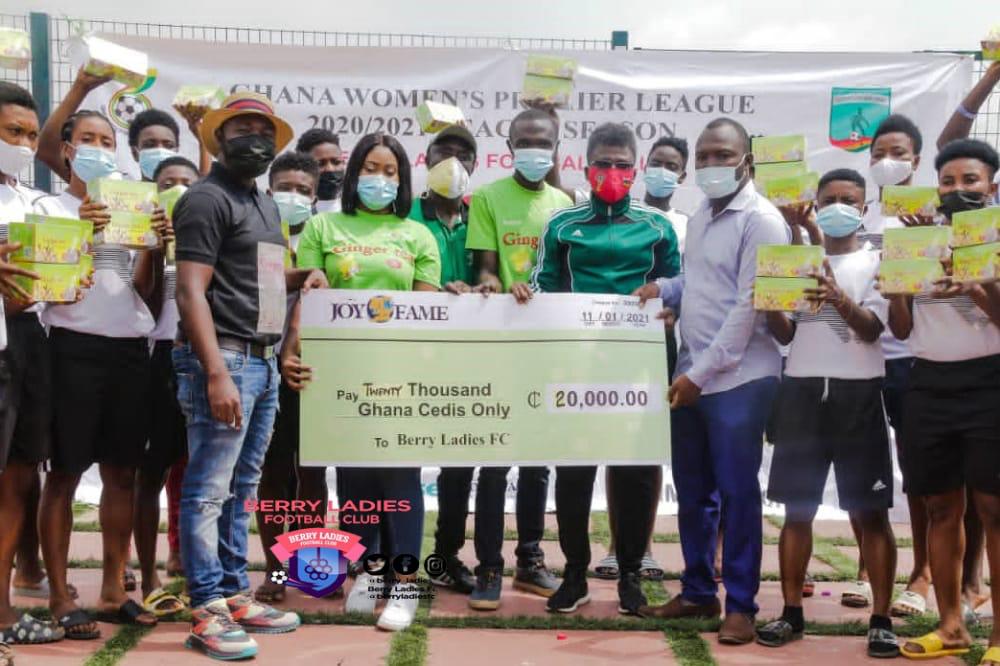 Presenting the donation, the Group CEO Mr John Obiri Yeboah and Mr Alswel Annan, the Marketing Manager of Joy4Fame Group of Companies said the gesture was part of the outfit’s Corporate Society Responsibility to give back and to support Women’s football to grow in the country.

He said, “we want to support Women’s Premier League grow in Ghana and looking at Berry Ladies’ performance in the Premier League, you would realise that they need the support and we decided to come to their aid.

“We believe that motivation plays an integral role in human’s life. This is to motivate the team to continue to deliver as expected of them. We believe this gesture would go a long way to positively impact on their performance.”

Mr Annan added that the company would continue to support Berry Ladies, saying “This is just the first part of the donation and we would continue with it. We have a big vision for the team and we need them to be disciplined, continue with their sterling performance that compelled us to come support and as time goes on, we would do better and contribute significantly to what we have done for the team”. 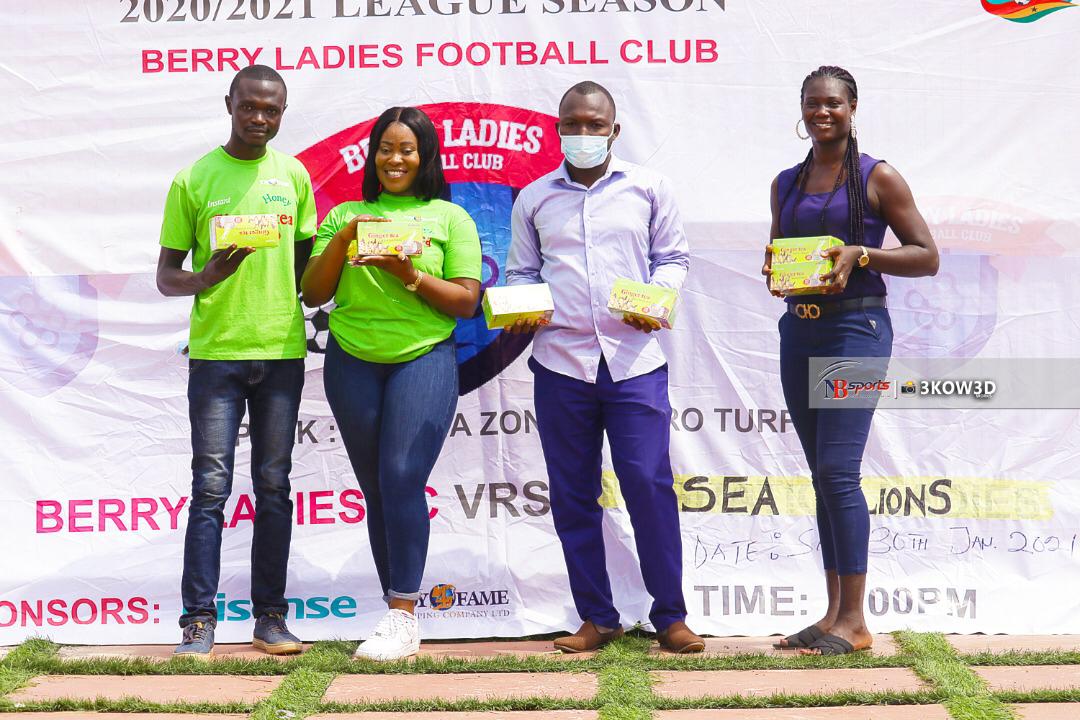 He said the company’s support would be extended to other premier league clubs, adding that they were opened to every women’s team that was ready to collaborate with the Company.

The Marketing Manager stressed that “We believe by supporting the women, more companies would come on board to support and create an employment avenue for people and the interest in women’s football would be beyond measure in Ghana”.

Receiving the donation on behalf of the CEO, the head Coach of Berry Ladies, Mercy Quarcoo-Tagoe expressed appreciation to the company saying “We appreciate this kind gesture and this would serve as a source of motivation to propel us to the top.

“We are now at the top. I know it is too early to blow our horns but this gesture is on a positive note. This is going to bring fireworks from us.

“This kind of gestures really encourage us as women. I want to urge other cooperate entities to come on board to support the women’s football in Ghana,” she added.

Berry Ladies sit at the summit of the league log in the Southern Zone with six points from two matches and will host Capecoast based Sea Lions on Saturday at the Madina Astro turf in a Matchday Three fixture.