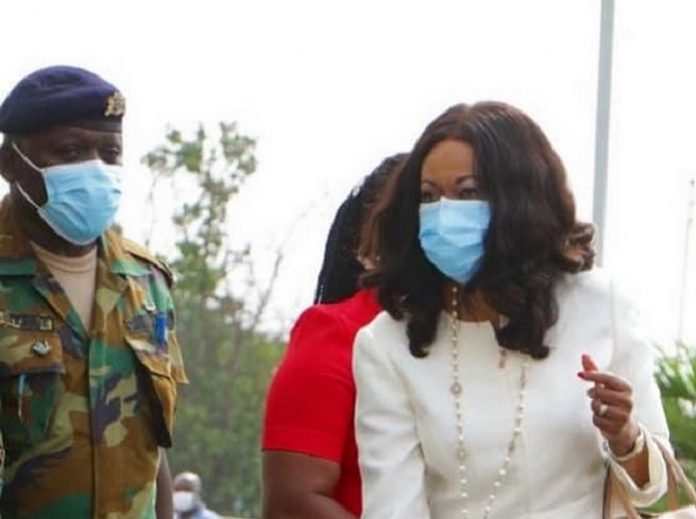 The National Security Minister-nominee, Albert Kan Dapaah, has justified the increased military protection for individuals in the country.

“Anywhere you have seen soldiers having to protect a particular individual, it is because, in our assessment of security experts, there is the need for such support to be given to that particular person,” he said while answering a question from Minority Caucus Leader Haruna Iddrisu.

Mr Dapaah stated that the decision to rely on soldiers instead of police is based on intelligence and expert assessments.

“This is a decision normally taken by the security agencies. For instance, when we have a report that a particular individual has a problem and people are after his life, and we think there is a danger, we come in to provide support,” he added.

She is always escorted by armed military men at the Supreme Court during hearing of the ongoing presidential election petition.

Many, including IMANI Africa’s vice president, Kofi Bentil, raised issues and wondered if the police are incapable of providing her with security.

But Mr Dapaah explained that such a security support was not limited to ministers and other high profile members of society.

“I do know of a journalist that we continue to provide security cover and security support to,” Mr Dapaah added.

When asked why police could not be relied on to offer such security support, the nominee said it was a question of resources.

“Clearly, the Ghana Police Service and the other security agencies; in terms of equipment, in terms of men, they have never had the full complement of what it takes to provide the most effective policing,” he said.