Kan-Dapaah must apologise to Ghanaians 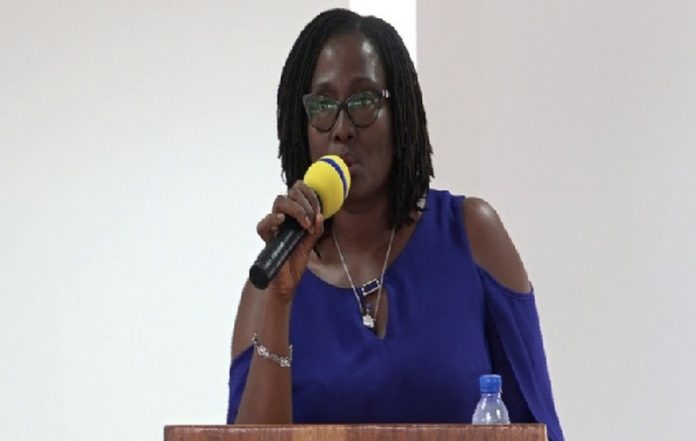 The warning is in connection with Mr Kan-Dapaah’s comment at his vetting on Wednesday that all high-profile cases which happened under the first Akufo-Addo administration have been resolved.

According to Mr Kan-Dapaah, all other cases, but for the murder of investigative journalist Ahmed Suale, have been comprehensively dealt with.

“All high profile cases that have happened within the last four years have been resolved. Aside the Suale one, all of them have been resolved, and it is to our credit. The Ghana Police deserve commendation,” the former National Security Minister told the Appointments Committee of Parliament during his vetting Wednesday.

To him, Mr Kan-Dapaah should bow down his head in shame and apologise to Ghanaians for what he described as lies before the committee.

“The death of my wife really hurts and the most painful part is that nothing has been done about it after contacting the police always. The most recent is what Kan-Dapaah said at his vetting claiming all these high-profile cases including my wife’s death have been solved. It is never true. Nothing has been resolved,” he said.

“My wife’s own has not seen any green light too and so Kan should personally be involved in the matter and see the way forward. He should apologise to Ghanaians for lying,” he fumed.

He said the last time he interacted with the police about the issue was last month and was told they are still investigating the matter and wondered why the suspect was granted bail.

“I speak to the police on the issue every day after my wife was murdered and I don’t hear from them again till we go there ourselves to find out from them. We only heard that they have been granted bail but the police have done nothing about it ever since,” he said.

He said cases of murder are not handled well in the country and it’s a great worry and so urged Ghanaians not to find themselves in such matters else they won’t see any justice just like what he is facing now.

Josephine Asante, aged 49, was found dead in her residence at Emefs Hillview Estate in the Ningo Prampram District of the Greater Accra Region, on January 13, 2019.

She was reportedly stabbed to death in an attack after she returned from a Senior Staff party.

After interrogating a number of persons, two people, Christian Agyei, houseboy, and Amos Apeku, her official driver, were detained to assist with police investigations but an Accra High Court has since granted bail to the duo.