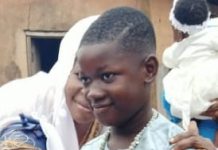 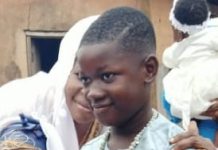 The National Democratic Congress (NDC) says it expects the appropriate authorities to apply the law swiftly to punish perpetrators and all be behind the dastardly murder of young Ishmael Mensah Abdallah at Kasoa in the Central Region.

The swift application of the law, according to the NDC, will comfort the bereaved family.

The 10-year-old suffered a brutal murder on Easter Saturday when he was lured from his studies and clobbered to death allegedly by two teenage playmates of his. The two have since been arrested, along with others, to assist in investigation.

The NDC in a statement it issued Friday evening, condemned what it said “appears to be a fashionable craze towards the acquisition of quick wealth by many of our countrymen and women and the youth in particular, without the attendant hard, morally sound and lawful means of obtaining same.”

The party said the development is a dangerous trend that has to be condemned and discouraged by all and sundry, adding that it is a development “the NDC is unquestionably opposed to, or else we risk bequeathing to the youth a practice and a lifestyle that cannot build this nation.”

The NDC also drew the attention of the government “to the plethora of crimes whose resolution has dragged on interminably, thus encouraging the perpetuation of the culture of impunity.”

“We encourage the youth to look out for honest, hardworking, and accomplished persons as their role models. Wealth which has been improperly obtained, should never be an attraction for the upcoming youth of this great nation.

“In this regard, we call on the Akufo-Addo government to speed up investigations and crank the wheels of justice so that the country can rid itself of the odious reminder of this unfortunate event”, the NDC said in the statement signed by its Director of Communications, Kakra Essamuah,

Paul Afoko still on indefinite suspension, he has not appealed it – Freddie Blay

Paul Afoko still on indefinite suspension, he has not appealed it - Freddie Blay The National Chairman of the New Patriotic Party, Mr Freddie...
Read more
Politics

• Godfred Yeboah Dame — Attorney General and Minister of Justice Discussants at a post-election stakeholders’ review workshop of the 2020 presidential and parliamentary...
Read more