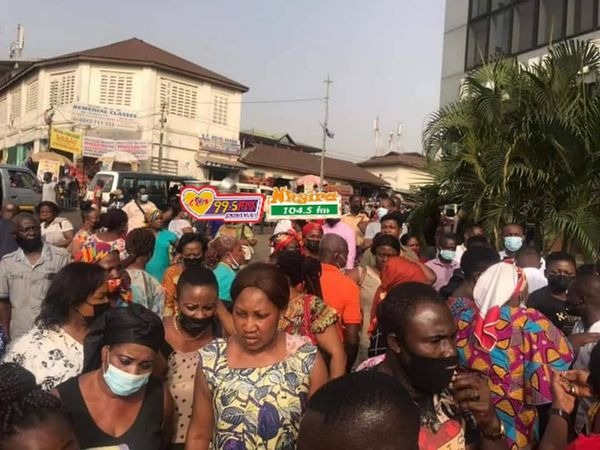 Traders at the Kumasi Central Market have embarked on a protest over claim they are being forcibly ejected without proper relocation arrangement by the city authority.

The Metropolitan Assembly has asked the traders to evacuate to pave way for the second phase of the Kejetia redevelopment project.

But, the leadership of the traders, however, says they will not move until they have alternative space to trade.

The Secretary of the Kejetia Traders Association, Richard Boamah, who led the traders, convened at the market and vowed that even if their goods are destroyed, they won’t leave.

He further explained that they are not against development, but their interest should first be addressed.

A number of barricades have been erected in the market, suggesting work is set to begin.

But the traders say the move by the Assembly was ill-implemented because there is no alternative space to accommodate them.