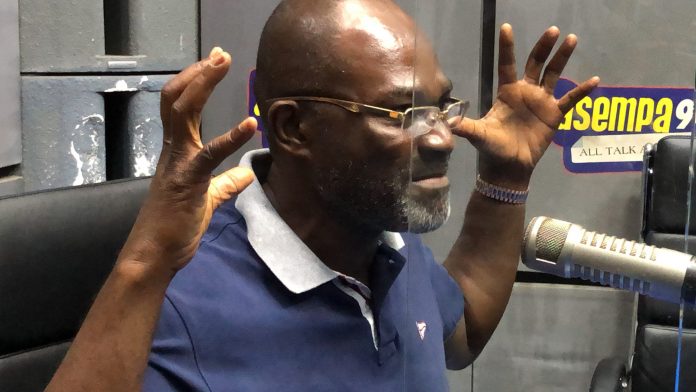 Assin Central Member of Parliament (MP), Kennedy Agyapong, has taken a swipe at his colleague MPs after they turned their three-day orientation and induction workshop into a jam at Aqua Safari at Ada.

According to Mr Agyapong, he cannot fathom why the lawmakers will decide to violate the COVID-19 protocols.

He expressed worry over their disregard for social and physical distancing despite the wearing of nose masks.

Some MPs from both sides of the House were spotted in pictures on the official Facebook page of Parliament, dancing their hearts out.

Speaking on Adom FM’s Burning Issues, the lawmaker disclosed that he was not present at the seminar.

“I was not present at the seminar but I have seen visuals of some MPs shaking hands, hugging and others and if it is really true, then what they did is bogus,” he fumed.

Mr Agyapong stressed the action of his colleagues must be condemned.

“The MPs are supposed to lead good lives for constituents to follow and if they are breaking the protocols how will they expect Ghanaians to obey the protocols?

“You media should criticise the MPs because we are not above the law,” he said.

The workshop was organised by Parliament for new lawmakers and aimed at equipping them with the requisite skills to enable them to effectively navigate their way in Parliament.