Konadu, children’s mood as Parliament calls on them [Photos] 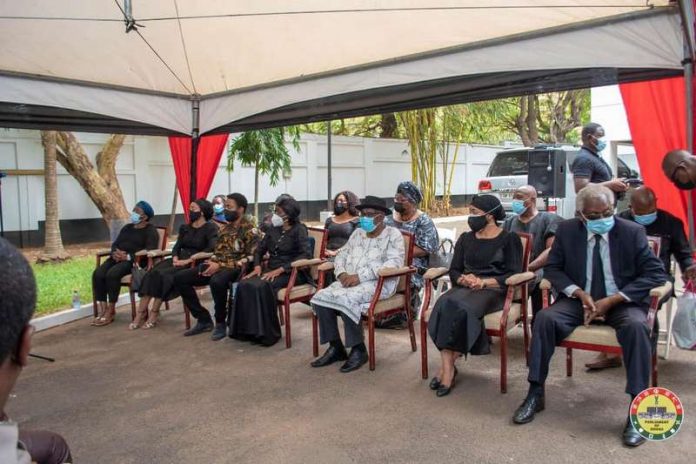 A Parliamentary delegation, led by the First Deputy Speaker of Parliament, Joseph Osei-Owusu, on Friday, called on the family of the late Former President Jerry John Rawlings in Accra.

The visit was to commiserate with the family in accordance with the traditions of Ghana and to assure the widow, former First Lady Nana Konadu Agyeman- Rawlings, her children and entire family of Parliament’s support.

The two leaders of the House, Osei-Kyei Mensah-Bonsu and Haruna Iddrisu, called on the State to be more supportive of former presidents in the provision of remunerations and other amenities.

Ambassador Victor Gbeho spoke on behalf of the family and thanked Parliament for the kind visit.

He urged the Legislators to be mindful of their onerous duty of effective representation of their constituents.