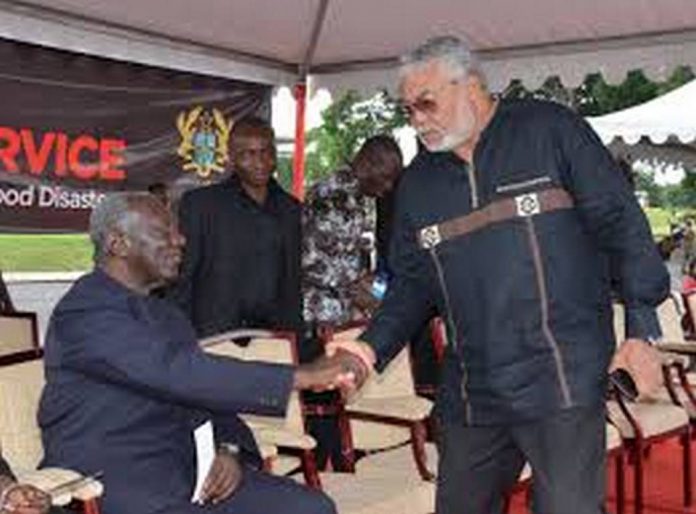 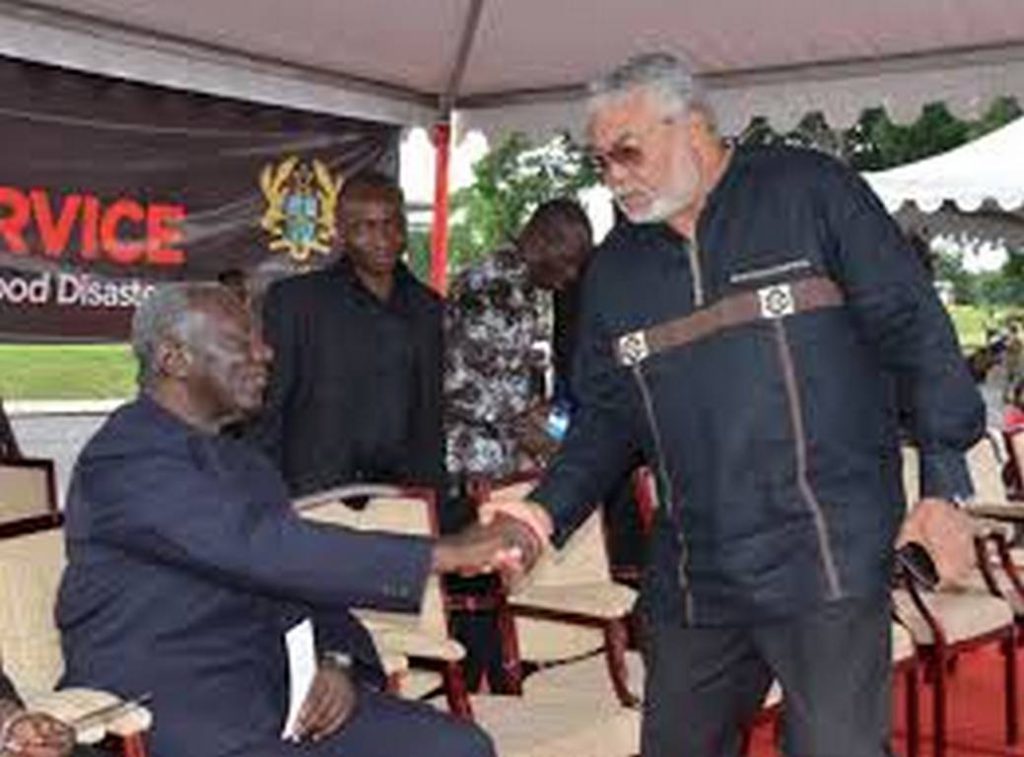 Former president of the Republic of Ghana, John Agyekum Kufuor, has paid his last respect to his late former colleague, Jerry John Rawlings.

Even though the former President had to be wheeled, it didn’t stop him from joining the many other mourners who are paying their last respects to a man who handed over to him as president in January 2001.

Mr Kufuor bowed to late Rawlings’ body for minutes before he was pushed around to greet the widow, Nana Konadu Agyemang and her children.

With a three-day state mourning set aside for the late President, his final funeral rites will take place on Wednesday January 27, 2021.

This will be between the hours of 9:00 and 11:00 am at the Independence Square in Accra after which he will be interred at the Military Cemetery at Tse Addo.

Watch the video attached below: