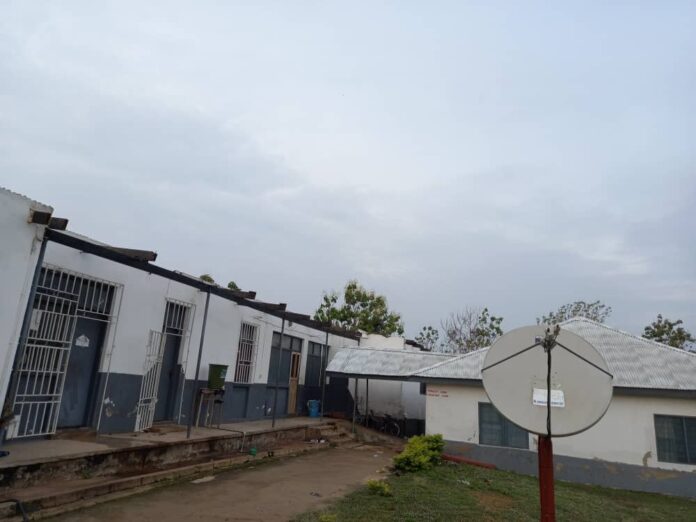 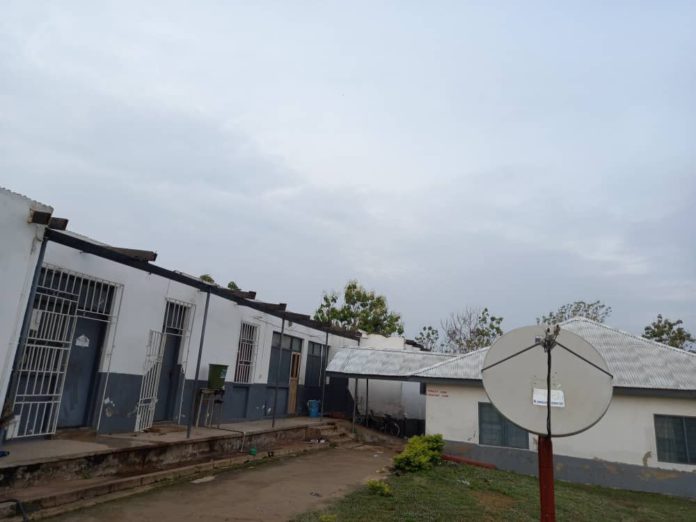 Kumawu Government Polyclinic in the Sekyere Kumawu District has suspended surgeries and other services after a rainstorm ripped part of its roofing off.

Speaking to JoyNews, Medical Superintendent, Dr Alex Agbanu, said the rooms for the surgery were affected forcing the suspension of caesarian sections among others.

To salvage some of the items that were damaged, the hospital resorted to drying wet equipment, medical supplies, records books and other essential records in the sun.

The male ward, which was affected, has been closed down, forcing patients to join the women and children wards.

The medical store and pharmacy are among essential service delivery points affected by the rainstorm.

They also raised tents to augment service delivery at parts of the facility spared by the storm.

These tents are being to render out-patient services, dispensary and others.

The Kumawu Polyclinic is a referral centre for many health facilities in the catchment. Referrals are currently sent to Efiduase which is quite a distance from Kumawu.

Sekyere Kumawu District Director of Health, Lawrence Adinku, told JoyNews he is worried the challenge will affect general healthcare delivery in the District.

For effective healthcare delivery, the hospital is running a paperless system which has helped make the polyclinic’s management system very efficient.

Unfortunately, following the rainstorm, the computers that have become an essential part of healthcare delivery are defective, forcing administrators to revert to the inefficient old system.

“A lot of information of patients are in the system since we don’t use physical folders anymore. Though the system is working there are no computers to help use the system,” he said.

“Management is finding ways to solve the problem but we need public support to do this especially with computers,” he added.

Meanwhile, the District Chief Executive, Samuel Addai Agyekum, says the assembly will work to repair the polyclinic’s roofing as soon as possible.

The cost of damage has already been assessed.