Home World Lady goes "mad" after her boyfriend proposed to her on Val's Day...
World 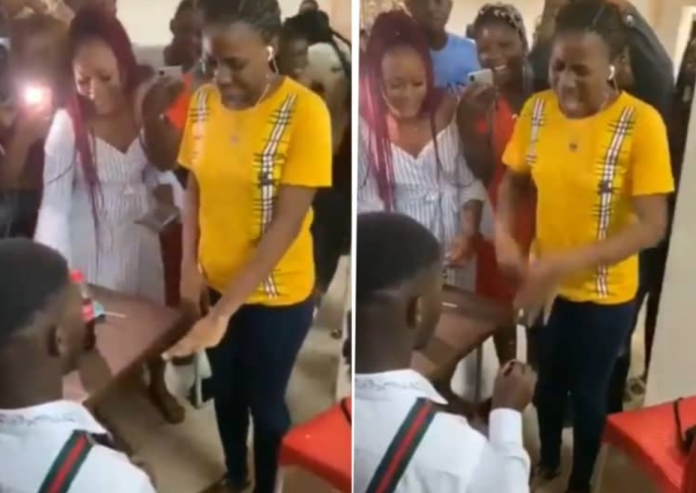 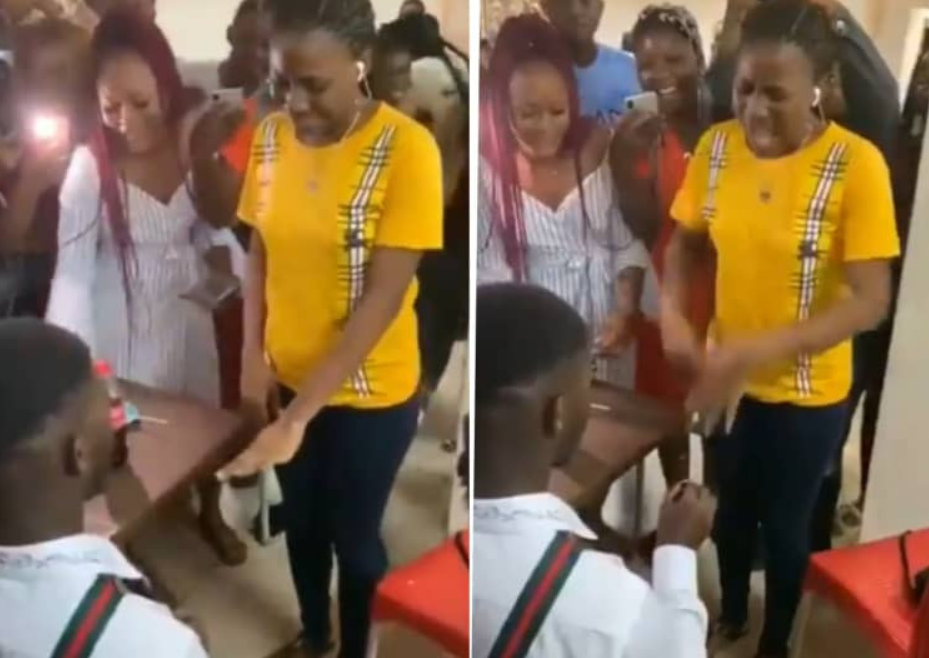 A lady caused a stir on Sunday, February 14, after her boyfriend proposed to her in Benin City in Nigeria.

An excited crowd had gathered when the said boyfriend went on one knee to propose to the lady only for them to witness something quite shocking.

The young lady brought forward her finger for the gentleman to slip the ring onto it but just as he was about to do so, the lady lost her cool and began acting strange.

Onlookers initially presumed she may have lost her senses out of shook from what was unfolding before her eyes but the shouts degenerated much to their surprise.