Leave me out of your politics – Bola Ray replies MzbeL

Leave me out of your politics – Bola Ray replies MzbeL

The CEO of the Excellence in Broadcasting (EIB) Network Group, Nathan Kwabena Anokye Adisi popularly known as Bola Ray has asked songstress MzbeL to leave him out of her politics after the singer falsely attributed a critique of the Electoral Commission to him.

Bola Ray took to his Facebook page to ask the public to disregard the statement because it was fake and not authored by him.

He posted: “Kindly disregard this. It is FAKE. I have written no such thing. Do your politics but LEAVE ME OUT OF IT”. 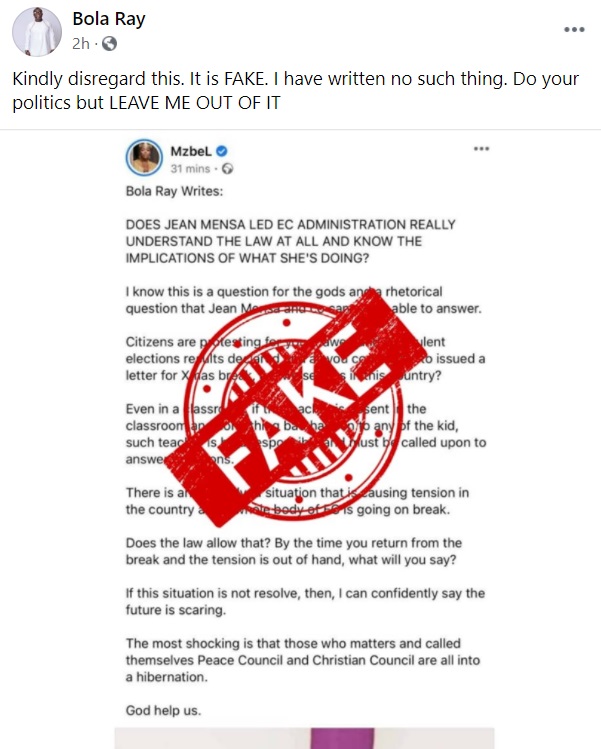