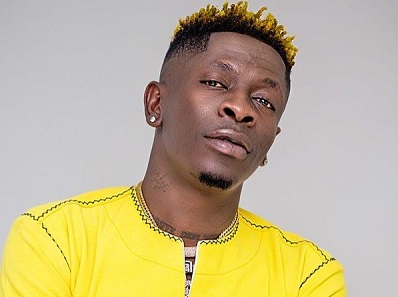 Dancehall musician Shatta Wale says the inability of most musicians to win awards at awards schemes has killed their careers.

According to Shatta Wale, musicians love awards and depend on them so much that if they don’t get them, they have difficulty doing hit songs again.

“Medikal has a strong spirit to bounce back after he had 9 nominations and did not win any award at the VGMAs.

“Pappy Kojo openly said he was depressed after failing to win awards at the VGMA and I don’t blame them because most musicians are going through the same depression and are not able to produce hit songs again,” he told Kwaku Manu on his Aggressive Interview posted on YouTube on Tuesday, November 17.

Shatta Wale explained that awards were not bad but when musicians yearn for it so much and cannot do without it when they are nominated that is when it is bad.

“When musicians lose out on awards, it tends to affect them so much that they cannot do anything and that is my worry.

“We should be able to still stay strong and release hit songs if we don’t even win any awards. Let’s continue doing the good songs. If the awards come fine but if they don’t we must go on and work hard,” he said.

Shatta Wale blamed awards schemes for contributing to the stress saying they should give awards to deserving artistes.

“Sometimes the award schemes should be able to give awards to deserving artistes. When it is clear that the artistes deserve the awards we should just let them have them. But I cannot argue with them because it is an individual entity doing its awards. I cannot tell them what to do,” he said.

Shatta Wale himself has been banned from the Vodafone Ghana Music Awards (VGMA) after the ruckus he and colleague Stonebwoy caused at the 2019 edition of the event. He has said he does not want to be part of the scheme anymore.