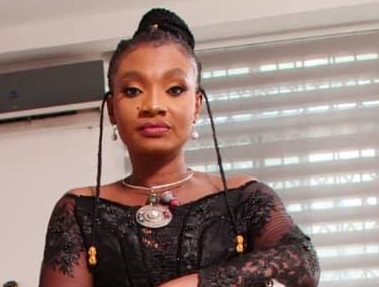 February is regarded as the month of love and Valentine’s Day was a good moment to champion the importance of love.

According to the artiste, whose real name is Nana Yaa Akyaa Benefo, the song’s lyrics were inspired by the experiences of couples who are still going strong despite challenges.

“Marriage is a good thing but in recent years, news of collapsed marriages has been widespread forcing people to undermine the relevance of the institution. As a musician and most importantly a strong advocate of love, I realised that February being a month of love will be appropriate to address it.

“I’m happy that within a few days of its release, Mensesa is doing well and it goes to show that people believe in the message it propagates. I’m not surprised it placed third on Bloomberg last week,” she stated.

With a passion for placing African music on the global stage, Luciya, who inherited her music talent from her late Army father, Patrick Kwame Asiedu Benefo, started her journey in 2006 when she auditioned for TV3’s music reality show, Mentor.

In 2012, she also auditioned for Vodafone Icons with the likes of Wiyaala and in that same year, met voice coach, Freeman Daniel who helped in bringing back Luciya’s confidence in her voice.

With her new self-confidence, she went ahead to audition for X Factor in 2013. Even though she didn’t make it to the live shows, that didn’t break her. She joined Willie Roy’s Live Band and later auditioned for MTN Project Fame West Africa in Ghana.

Luciya, who is presently a member of Bessa Simons band was later discovered by her present music record label, L&G Media Partners under the guidance of voice coach, Kofi Asamoah and Manager/Creative Director – George Bosompim.

With the help of her management team, she released two songs, True Love and Love Is Not Enough on August 28, 2015.