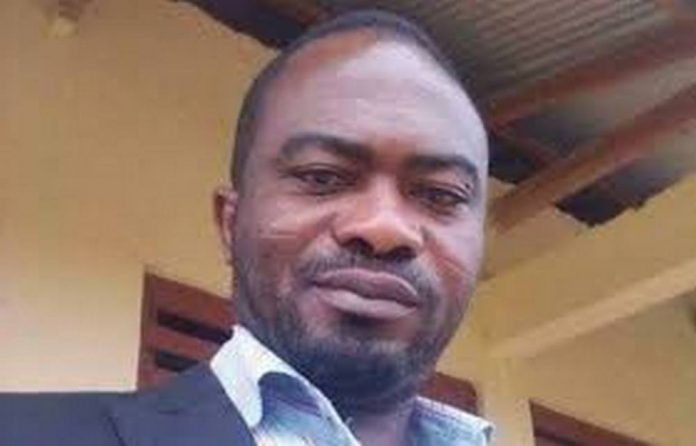 It was such a funny sight to behold when mourners stormed the funeral of the headmaster in the infamous kitchen stool sex tape with their stools.

The headmaster, Robert Seppey, formerly of Adumanu D/A Basic School in the Asikuma Odoben Brakwa District of the Central Region, was among a list of five people who had their appointment terminated by the Ghana Education Service for sexual misconduct.

The deceased became famous after a video of him having sex with a Senior High School student on a kitchen stool in January 2018, went viral.

As he was laid to rest on Saturday, January 30, 2021, sympathisers turned up in their numbers to pay their last respects at Ada Wakumagbe in the Ada West District of the Greater Accra Region.

Clad in red and black attire, they paraded through the streets of Ada Wakumagbe holding a banner with his photo on it.

While some danced to the tunes being played by the brass band in attendance, others were spotted either carrying the stools on their heads or backs.

He was survived by a wife and five children.

Watch the videos attached below: