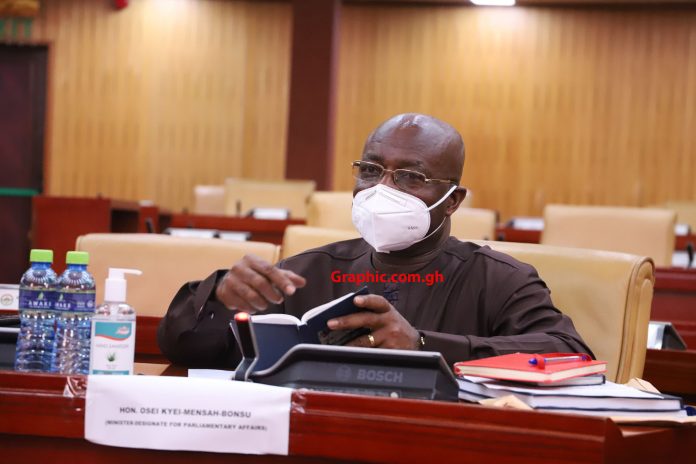 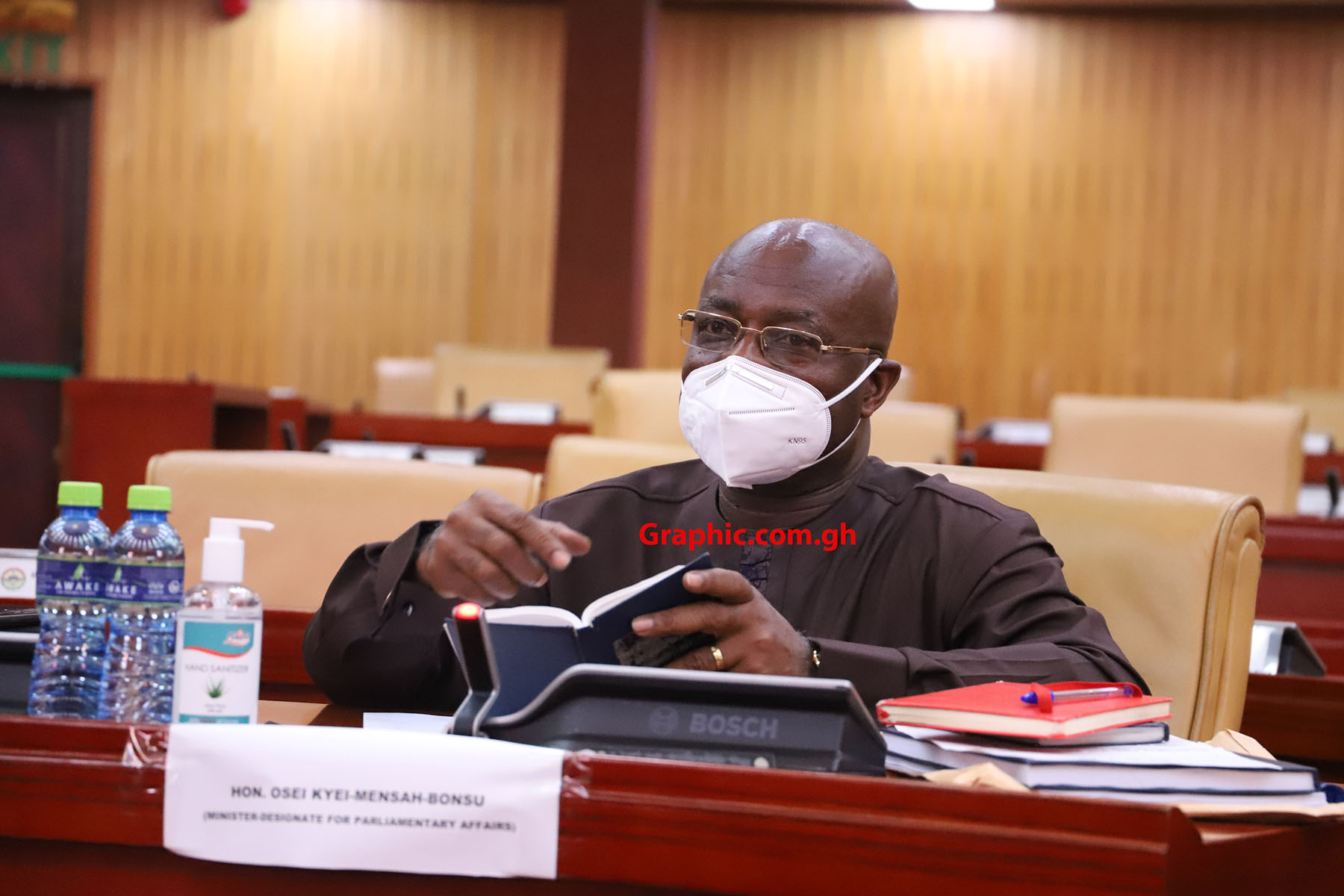 The Minister-designate for Parliamentary Affairs, Mr Osei Kyei-Mensah-Bonsu, has called for a national dialogue to address some weaknesses in the 1992 Constitution.

“We are in Parliament and apply the constitution on daily basis; we know the weaknesses that confront us in many areas, including the process of amending the constitution, especially the entrenched ones.

“The constitution itself is confused on what to do when Parliament has to abridge these processes,” he said.

Mr Kyei-Mensah-Bonsu made the call when he was vetted by the Appointments Committee of Parliament yesterday.

He has been nominated as Minister-designate for Parliamentary Affairs.

Buttressing his call for constitutional review, the Majority Leader said when President John Dramani Mahama had to bring in Mrs Charlotte Osei to replace the former Chairperson of the Electoral Commission (EC), Dr Kwadwo Afari-Gyan, his position on the matter at the time was for the President to submit the name of Mrs Osei to Parliament for the House to subject it to prior approval, using two-thirds of members.

“If you come to Parliament approving by two-thirds, the President will be forced to be very much more consultative in the appointments than is usually the case,” he said.

He expressed concern at the manner Parliament had lost many instrumental MPs whose contributions were vital to the development of the legislature.

“Today, they are all not part of us because they went through some frustration. Some went to primaries and lost and for how long are we going to continue with this process,” he said.

He blamed the high attrition rate in Parliament on monetisation of electoral processes of the various political parties at the constituency, district, regional and national levels.

“Democracy everywhere is guarded and guided and until we come to that understanding and open the slews gate every four years this monetisation will become difficult for us to banish.

“Because elsewhere parliamentary parties assess the performance of the MPs and pass on the recommendations to the parties,” he said.

“The leaders of the House consider it necessary to create space for leaders of constitutional creatures to live up to their responsibility and also to empower to seriously interrogate into their administration and activities,” he

He cited billboards by MPs along major highways that heralded the conduct of last year’s parliamentary elections, advertised promises of legislators of development agents.