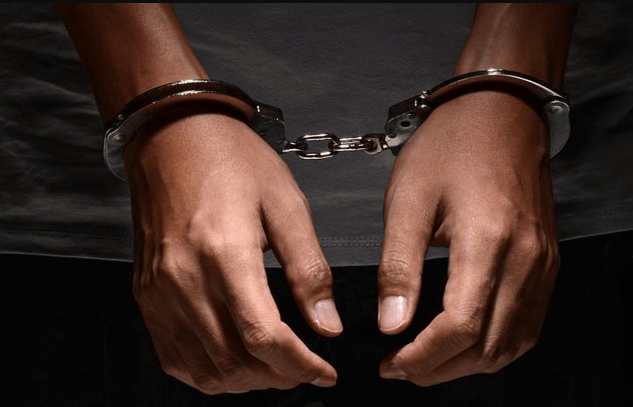 A 49-year-old Nigerian man, Phillip Tersso, has been arrested for attempting to bury his wife of 10 years, Mary, alive after finding out that she is pregnant for his friend, Aondowase Chiahemba.

Tersso, a native of Yelwata community, Nasarawa State, met mary, 12 years ago and got married to her two years later.

They lived happily as a couple but battled infertility as their marriage of 10 years failed to produce a child. Tersso, however, became ill and was taken to different hospitals for treatment all to no avail.

Phillip narrated how on his sickbed, his wife, Mary informed him that she will be getting married when he dies and that she was already pregnant for another man who she revealed to be his friend.

Angry that his wife would get involved with another man who happens to be his friend, Phillip upon his recovery, concluded plans to kill Mary and then himself.

“Words cannot describe the agony of finding out after 10 years of marriage that my friend impregnated my wife. I cannot blame Mr Aondowase but my wife. I truly feel as if someone has ripped my heart out, more so that I was down with sickness and she was busy sleeping with a close friend.

“It is the cruelest betrayal in my entire life, my wife is a big disappointment and I can never forgive her. I felt utterly duped and cheated when she opened her mouth and told me with a vow not to abort it. My whole world has been turned upside down. The only way to pay her back is to bury her alive, so that she would feel the pains of wishing me dead while I was sick.

“I cannot imagine my own wife telling me that if I die, she will remarry. Besides, she is already pregnant for the man. I lost my temper when I recovered from my illness and decided that she should die before me since she wished me death,” a distraught Phillip confessed.

Phillip dug a grave in his compound where he attempted burying his wife before he was caught by neighbours and handed over to the police.