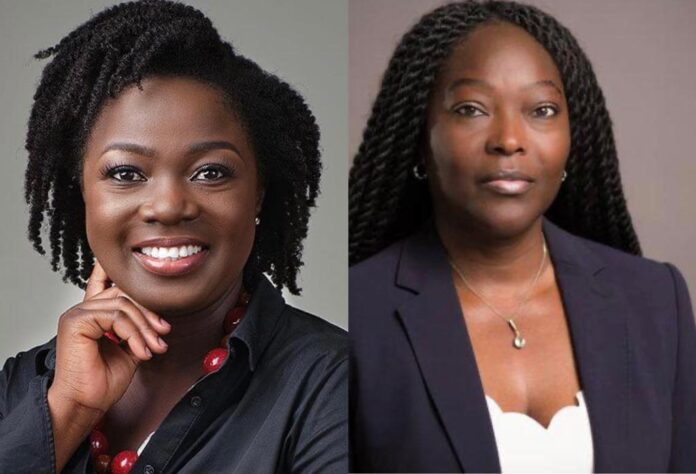 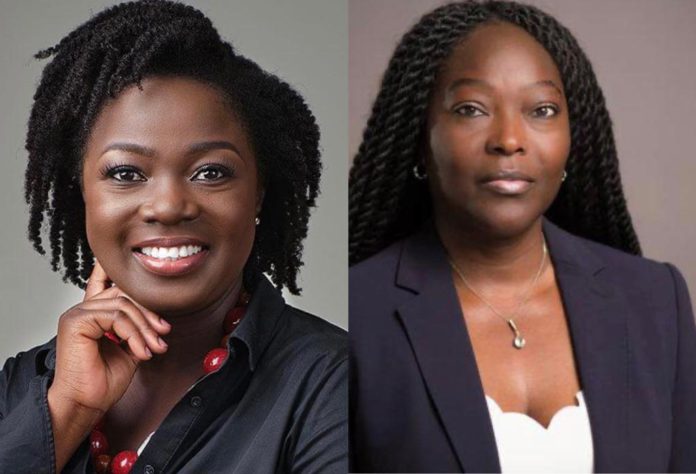 Women are given equal rights under the Constitution of Ghana, yet disparities in education, employment, and health for women remain prevalent.

Furthermore, women have much less access to resources than men in Ghana do.

Across the world, it is no doubt that men still far outnumber women in decision-making but currently Ghana can be touted as one of the few countries that have a positive example of nurturing female leadership in business.

Whatever these women do also comes with a sense of responsibility to help and inspire others to follow in their footsteps.

Research suggests that despite women’s positive participation in Ghana’s business environment, the majority of women entrepreneurs, are “stuck at the ‘micro’ level”.

The UN has reported that “many women entrepreneurs in Ghana are unable to expand because they lack properly coordinated support, cheap and long-term credit, and sufficient access to new technologies.

Upon all these challenges these women go through to occupy positions that allow them to take a tougher decision, we cannot celebrate International Women’s Day (IWD) without not mentioning those that have gone through turbulent times to survive and achieve something great for themselves, their family, and world at large.

One of these women is Salma Okonkwo, the founder of Blue Power Energy and Board Chairperson of Puma Energy

Salma Okonkwo has risen through trials and perseverance to become one of the prominent women on the continent of Africa.

From humble beginnings, she grew up with the values of “hard work pays and life is what you make it”. “I don’t stop when the door is being shut. I find a way to make it work,” she always says that’s what propelled her success.

As a teenager, she worked as a part-time assistant receptionist at her mum’s Estate agency.

At 17 she had her first job that paid her money at a Pizza place and then later McDonald in South London.

When she got admission to college in the United States she worked at a department store Bullocks which later became Macys.

She worked in corporate America always trying to push the envelope. With experience in marketing, she landed a job with an oil and gas multinational. As a senior manager and later a Director, she became the first female director of an oil and gas company in Ghana.

She started her own company and after seven years, PWC valued the company at $500,000,000.00.  Over the years Salma had shown resilience, discipline, focus and commitment.

Salma’s skill is inspiring and encouraging others in taking risks to grow. This afforded her the staying power in Corporate West Africa and enhanced her ability to lead an agile and adaptive organisation.

Salma is a senior business executive with over 20 years of experience in Africa’s energy sector. Having worked extensively across oil and gas in West Africa, Salma founded UBI Petroleum in 2007, an energy trading business specialising in procurement, storage, marketing and distribution of petroleum products in West Africa, with a primary focus on Ghana. Her focus is now on the development of green energy businesses in West Africa.

Because of her deep and wide-ranging expertise in energy from oil and gas to renewable energy, she recently launched Blue Power Energy Ltd (BPE), an alternative energy conglomerate, developing a $200m solar farm project in Northern Ghana.

BPE is focused on creating a sustainable energy future for Ghana and Sub-Saharan Africa that will drive economic growth.

She is also the co-founder and board member of Blue Star Exploration and sits on the Board of Directors of Makmera Upstream, an upstream exploration company and Nahid’s Properties, a real estate development company.

Besides her business accomplishments, Mrs Okonkwo is also a known philanthropist.

Mrs Okonkwo has over the years provided accommodation, clothing, food, healthcare and education to the poor and needy.

All beneficiaries including those that have and are receiving university education are coached and trained to give back to society.

They are expected to also support the organisation in giving back via coaching, tutoring and mentoring.

The soup kitchen is a mobile food delivery service that delivers hot meals to locations where the homeless and underprivileged reside. One of such places is the ‘under-bridge’ near Airport Villaggio and East Legon.

Her philanthropic works have brought relief to over 10,000, and this she says, is her most cherished accomplishment.

The foundation is continuing with lifting people from under the poverty line to sustainability.

Salma is an ardent supporter of empowering young people. One of her mentees, the founder of AFG group makes this clear in her CNN interview.

As a leader in energy development, Mrs Okonkwo has won numerous awards including Ghana Women of Excellence of the Year 2020 award and the Female Energy Personality of the Year 2020.

Valentina Mintah, an internationally recognised expert in trade facilitation and business process automation, is the first black woman to hold the position as the first African female global board executive at the International Chamber of Commerce (ICC).

Having established West Blue Consulting in 2012, Mintah led her company to successfully develop and deliver a national single window platform for Nigeria, significantly optimising and improving trade facilitation in the country, and leading to savings of USD$25 million per month for Nigeria.

Within two years of implementation at ports across Ghana, the platform had saved the Government of Ghana about USD$ 500 million, which resulted in Ghana rising through the ranks of the World Bank’s Ease of Doing Business index, and becoming a vibrant hub for continental trade.

Commenting on her election, Mintah, who serves as vice-chair of ICC Ghana, said that despite the current global health and economic crisis, Africa cannot and should not be overwhelmed.

Freda Duplan, ‎Chairperson of the Board of Directors,  ‎Zenith Bank – Ghana

Mrs Duplan is a noted Ghanaian corporate leader with almost three decades of working experience with the Nestlé Group, having risen to become the first African woman to be appointed as Chief Executive Officer and market head in the Nestlé Group as well as the first woman and Ghanaian Managing Director of Nestlé Ghana Limited.

During this period in Nestlé Ghana she was also an executive member of Business Associations such as Ghana Employers Association, Association of Ghana Industries and the Swiss Chamber of Commerce.

Currently, she Chairs the Board of Directors of Zenith Bank Ghana and is a founding member of the Executive Women Network (EWN).

In 2020, ZEN celebrated 10 years of operations, having attained an enviable status as one of the Top 4 OMCs in Ghana and as a market leader in the supply of fuel and lubricants to mines across the country.

Notably, ZEN grew its non-mining business by 70% in 2019 and continues to expand its retail presence in Ghana with 25 stations now operational across the country.

Lucy Quist, a Ghanaian-British business and technology executive and the Managing Director for Morgan Stanley in UK

In her early working life, she was an Electrical and Electronic Engineer at Ford Motor Company, and attained her Chartered Engineer certification.

She joined the Royal Bank of Scotland as a change manager before switching to the telecommunications industry in 2008 at Millicom International Cellular, working in business development, sales, distribution, and marketing. Lucy Quist was appointed Head of Strategy and Planning at Vodafone’s Ghanaian subsidiary.

In addition, she oversaw the company’s wholesale and enterprise businesses. She served as the Chief Executive Officer of Airtel Ghana.

In her leadership role, she advocated for greater youth STEM participation in Ghana through her company’s corporate social responsibility initiative. She founded Quist Blue Diamond.

She also co-founded FreshPay payment platform in the Democratic Republic of Congo and the Executive Women Network.

In September 2018, she was appointed by FIFA as their Vice President of the Normalisation Committee to restructure football in Ghana. She is currently a Managing Director at Morgan Stanley in its London office.

She has also been engaged on the public speaking circuit at events such as the Mobile World Congress, Hogan Lovells African Forum 2017, Pan African Women Forum, TEDxEuston, Wharton Africa Business Forum, and the Sanford C. Bernstein Center for Leadership and Ethics Conference at Columbia Business School and the African Development Investment Convention.

She has been recognised for her work through the following awards:

Excellence in Corporate Responsibility (Ghana Women of the Year Honours 2016).