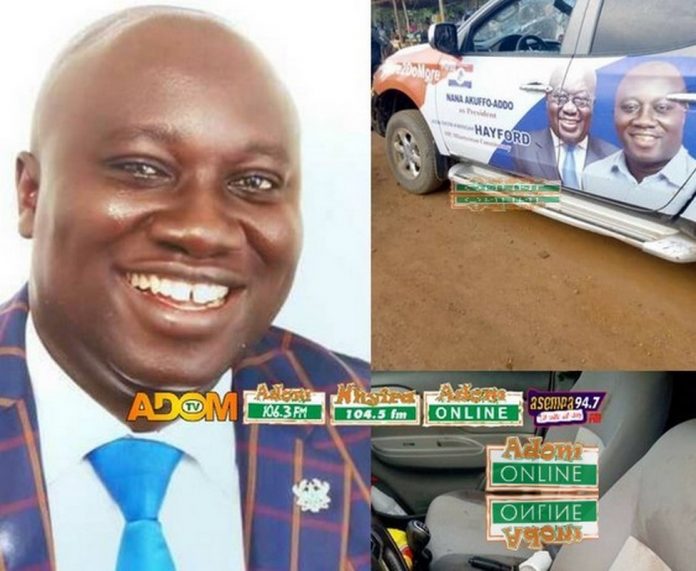 The prosecution in the robbery and death of the late Mfantseman Member of Parliament, Ekow Kwansah-Hayford, has submitted its evidence for forensic analysis.

The accused persons have all been charged with conspiracy to robbery and robbery but have denied any wrongdoing.

According to him, his instructions were that evidence gathered so far in the case in the form of pellets, pistol and empty shells have been sent to Crime Lab for forensic analysis to determine the way forward on the matter.

He, therefore, prayed the court to remand the accused persons into police custody pending the outcome of the investigation.

The Circuit Court in Accra, presided over by Her Honour Evelyn Asamoah, who has returned from her leave, refused to grant bail to the accused persons following bail applications by the defence lawyers.

A ninth person one Mohammed and others are said to be on the run. Their plea was taken and they denied any wrongdoing.

Earlier, the eight accused persons, who were represented by five lawyers one after the other including Lawyer George Asamaney, made a bail application for them.

According to the lawyers their clients Amadu Yakubu (mobile money vendor), Haruna Osmanu (trader), Adams Alhasan, Fuseini Osman alias Black Smith and Fred Tetteh alias Walace were all not at the crime scene where the incident happened.

Lawyer Asamaney in particular, however, told the court his intention to file a case of alibi on behave of his clients who he said were not at the scene where the crime was said to have happened.

Their respective bail application was opposed by the prosecution on grounds that the application is premature considering the sensitive nature of the case.

He argued that, some of the prime suspects are at large and if granted bail they will interfere with investigations.

The court, presided over by Her Honour Evelyn Asamoah, after listening to the parties, remanded the accused persons into police custody.