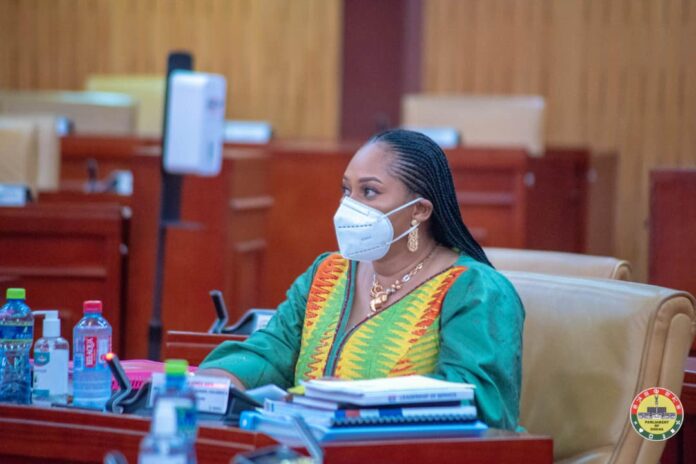 Member of Parliament (MP) for Bawku Central, Mahama Ayariga, has explained reasons for what he describes as Minister-designate for Gender, Children and Social Protection, Adwoa Safo‘s soft vetting.

The Dome Kwabenya MP appeared before the Appointments Committee of Parliament on Tuesday, February 18, 2021, but was done with her vetting in less than an hour.

It was one of the shortest durations recorded so far since the committee began its work on February 10, 2021.

However, Mr Ayariga, who is a member of the committee, speaking in an interview on Accra-based Citi FM, indicated the development was based on prior health knowledge they had about the nominee.

“Before she came, we discovered that she had just delivered and so naturally, we felt that somebody who has just delivered, maybe we should have postponed her vetting, and we didn’t postpone it because we just got the information,” he explained.

Mr Ayariga stressed it was also partly due to the fact that they were privy to her track record.

“We tend to know her track record because she was a former member of the Appointments Committee. She was a Leader of the House immediately preceding her most recent nomination,” he acknowledged.