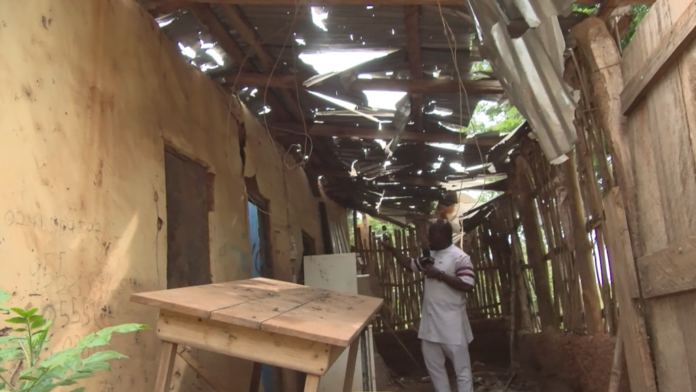 Member of Parliament (MP) for Asuogyaman in the Eastern Region, Thomas Nyarko Ampem, says efforts are underway to compensate residents whose houses have been destroyed through the blasting of rocks as part of the Tema-Mpakadan railway project.

According to him, the lack of relevant data on the affected persons has been a great challenge for the contractors but he can assure it will soon be addressed.

“The only challenge we have now has to do with the compensation plans. Unfortunately, they don’t have pictures and signatures of those whose houses have been destroyed. And so the railway people have to sit down with the affected victims and make sure what is due them is given them,” he said.

His comment comes after the leader of the aggrieved residents of Mpakadan, Kingsley Kwabena Darko, in an interview said the railway line development is becoming a curse rather than a blessing.

Aside the damage to the buildings, he said the debris from the rocks have also blocked access to farmlands and the only health centre in the area.

He added that residents were not in any way notified ahead of the blasting of rocks, a situation that has sparked rage among residents.

But speaking on Beyi W’ano, a segment on Adom FM’s Dwaso Nsem morning show Wednesday, Mr Ampem said the assembly could have taken it upon itself to notify the residents.

“The assembly has information service and so at least it was expected that they will intensify their communication,” he bemoaned.

He said he is very happy with the prompt responses from the Railways department.

Community members, he said, gave him 102 people who were affected but he has urged them to work in line with the members to ensure peace.

In all, Mr Ampem noted the people of Mpakadan are very excited about the project.

Atta Sarpong, community relations and environmental sustainability – ministry of railway development, said they will work on the project in a more holistic manner without any partisan politics.