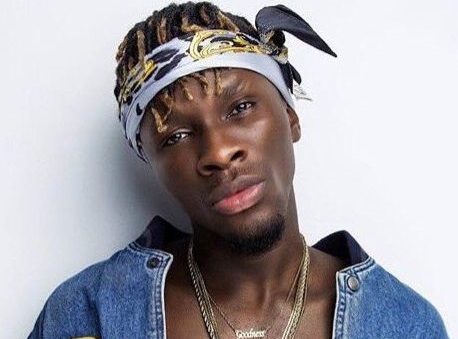 However, little is heard about the people behind the scenes such as the producers who work on getting the song right and DJ Breezy, real name Patrick Sika-Nartey said it was time they were accorded some respect and treated right.

He told Graphic Showbiz that, “If you ask me, I will say the industry doesn’t favour producers in terms of respect and being treated right and it is not the best. When you look at the work we do behind the scenes for songs people listen to, how we are seen and treated is not good at all.”

“I understand that at the end of the day, it is the artiste that performs the songs, graces events and all but we put in the works, with the mixes, among others.

“However, here in Ghana, when you talk about producers, it is as if it is the cheapest of the jobs, it is like anyone can get up and say “I am a producer” but no, it takes a lot of mental work and creativity to put together a great sound for an artiste to use,” he said.

Read more: No musician is bigger than MUSIGA —Diana Hopeson

The 2015 All Africa Music Awards Producer of the Year winner, however, added that “the onus lies on the artistes to help us get recognition for the work we do for them.”

He said: “If artistes will go for interviews and talk about who produced that banger, we can help turn things around. I doff my hat to D Black for that.

“I recall that when I started out, anytime he got the chance to be on radio or television, he would mention my name and that helped me a lot, it brought some attention and respect to me. The fans do not know what goes on behind the scenes so mentions like that will enlighten them.

“Someone like Guilty Beatz for a long time was producing hit songs but no one knew him or paid attention to him until he started working with Mr Eazi who shone the light on him.

“That’s when people started mentioning his name, his was going for interviews etc. then his Beyonce thing also came up. There are many like him out there who are facing these things,” he explained.

When asked if the lack of recognition was the reason most producers now add a signature tag to the sounds they produce, he said it was so.

“Yes, that has become a thing now and it helps with our visibility too. If the artiste will not help us come into the spotlight, things such as this help so that at least when you listen to the song, you will know who produced it.”

Answering whether music production was lucrative, DJ Breezy said, “To an extent it does but it will depend on how you brand yourself and the works you put out there too. However, it is not something you can depend on for life so you have to find something else to do on the side.”

Read more: Leave me out of your politics – Bola Ray replies Mzbel

He, however, stated that he was still working with Black Avenue Musik.

“I still work there, this is just me spreading my wings and challenging myself,” he said.

DJ Breezy began professional music production in 2008 and gained fame after being signed by Black Avenue Musik Group in 2012.

DJ Breezy has produced songs such as Tonga by Joey B, Personal Person by D Black Ft. Castro and Seihor by Castro Ft. D Black.