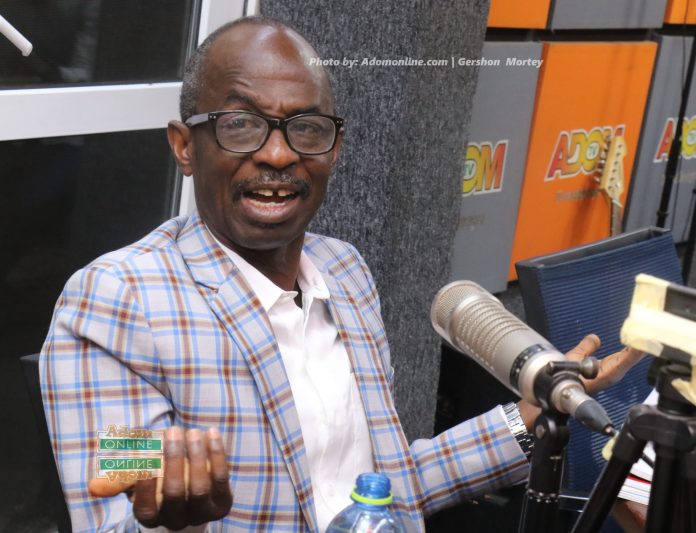 The General Secretary of the National Democratic Congress (NDC) says his 2012 infamous comment “Every idiot can go to court” has been taken out of context.

According to Johnson Asiedu Nketia, his intended meaning and the actual comments made were not what the media reported.

To him, those who do not understand his statement have a problem with logic.

“When they say that you have been taken to court and even before the matter is heard, you are declared to be guilty, that is the response you have to give. Somebody taking you to court does not make you guilty,” he said.

General Mosquito made that statement after the New Patriotic Party contested the results of the 2012 general election in court.

Speaking on Joy News‘ The Probe, Mr Nketia cleared the air on what he actually said and what he meant.

“I said that any idiot can take you to court but it is the judges who will decide whether the case is sensible or not, and that is the process we have in Ghana.

“Our law indicates that any idiot can go to court, but there are people who are saying that when you say any ‘idiot’, the meaning is that those who go to court are idiots; they have problem with logic or English,” he stated.

The comment resurfaced amid trolls after the just-ended 2020 general election which results are being contested by the NDC.

The party has described the election as flawed and fictionalized, hence has rejected it.