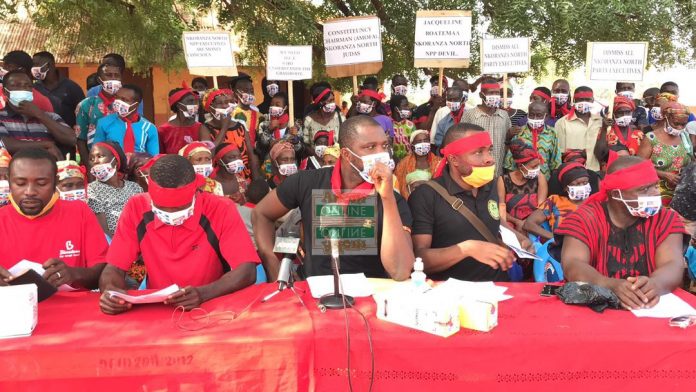 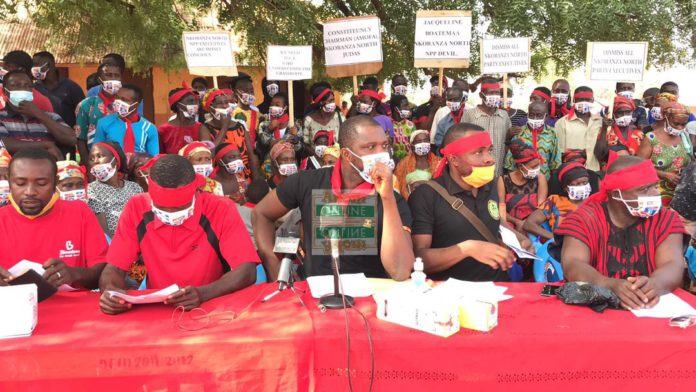 Some New Patriotic Party (NPP) youth at Nkoranza North of the Bono East Region are calling on the party’s hierarchy to sieve out the chaff.

They are demanding, as a matter of urgency, that some constituency executives are removed from their positions and be investigated for their alleged gross misconduct before, after the primaries and during the 2020 elections.

Speaking at a press conference at Yefiri, the enraged supporters, clad in red and black attire, wielded placards to register their displeasure.

Communications member of the party, Libir Joseph, said the agenda that took place was a calculated deal to eliminate Major Rtd Derek Oduro from his position as Member of Parliament and it came to pass.

He said the behavior of the constituency executives are highly questionable, hence cannot be trusted to man the affairs of the party, nor be offered any appointment to serve under the government.