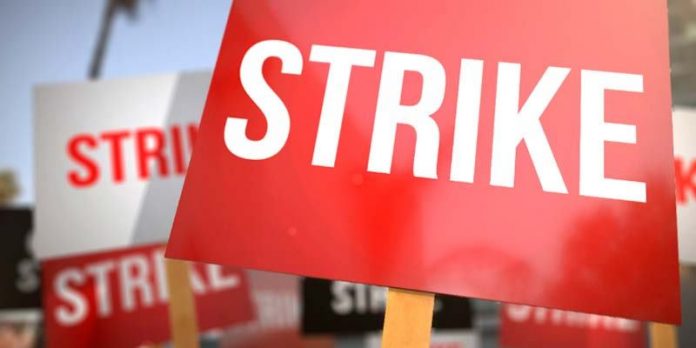 The National Labour Commission (NLC) has obtained an interlocutory injunction from the High Court against a strike by the Senior Staff Association of Universities in Ghana.

The injunction from the labour Court 1 on Wednesday, February 3, 2021, has ordered all members of the Association to immediately call off their industrial strike.

It has further ordered the above-mentioned persons to comply with a directive of the NLC issued on Wednesday, January 27, 2021.

“The parties should go back to the negotiation table to negotiate in good faith on the non-basic allowance and when the Tier 2 Pension arrears would be paid.

“That the parties are given three months to engage in the negotiations and report to the Commission,” the NLC ordered in a statement from its Public Affairs Unit.

“That the government should do everything possible to pay the pension arrears that are outstanding by the end of March 2021.”

The Association announced the withdrawal of its services with immediate effect on Thursday, January 21.

According to the first vice-chairman, it became necessary following the non-payment of their tier-two pension arrears.

They also complained of delay in the award of market premium and non-basic allowance and failure by the Fair Wages and Salaries Commission to engage them on their condition of service.

THE Captain of the ELWAK Wings volleyball club, Laud Hammond, has made a passionate appeal to corporate bodies to support the club to continue...
Read more