No need to move to Accra if Kumerica lasts —Flowking Stone 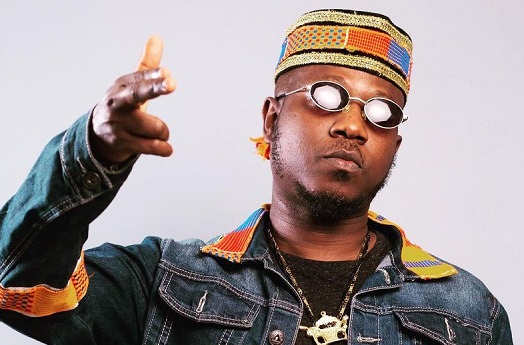 For years, the practice has been that artistes in the other regions would have to move to Accra if they want to make inroads into the music industry.

So artistes such as Fancy Gadam, Maccasio and others have had to come to the capital to stage concerts and other promotional activities to get recognition. Although not everyone is happy with it, they haven’t had much choice, it seems.

However, the Kumerica wave from last year has encouraged artistes in the Ashanti Region including rapper Flowking Stone who has said he does not have to move to Accra to promote his songs if the trend is able to stand the test of time.

“It looks like if you want to make it in the music industry, you need to reside in Accra, the reason most of the A-list musicians are in Accra. But I believe when Kumerica is able to stand the test of time, we the Kumasi-based musicians won’t have to move to Accra just to get the attention we need.

“With the likes of Kofi Jamar, Kweku Flick, Yaw Tog and Phrimpong all from Kumasi getting attention in Accra and almost every part of Ghana, I hope and pray this Kumerica thing stays forever.

Adjust to change or ‘die’ – SkrewFaze to colleagues

“Kofi Jamar’s Ekorso and Kweku Flick’s Money are currently two of the biggest songs in Ghana but they didn’t have to come to Accra to promote the songs.

“This shows that if we believe in what we have and sell it to Ghanaians, they will definitely buy into them. I believe in this Kumerica thing so much that I would do whatever within my power to help it survive,” he told Graphic Showbiz recently.

According to Flowking Stone, he is prepared to work with the young men fronting the Kumerica movement because they have a great future. “I am already in talks with some of the Kumerica guys for a possible collaboration and better ways of promoting it.

“We must not let it die. We should be able to sell it to the outside world. So far, Kofi Jamar has featured Ice Prince from Nigeria and Khaligraph Jones from Kenya and that is a good start.

“Recently, Yaw Tog featured Stormzy from the UK on his Sore remix and that is so huge. We are gradually getting there but we need every Ghanaian to support this,” he said.

Flowking Stone said the Kumerica movement started as a joke but has now grown into something very big. “I first got to know about Kumerica as a term when young Tafo boys took pictures of themselves in Kumasi looking like they were Americans and Ghanaians started ridiculing people from Kumasi.

“Most of the natives of Kumasi started referring to themselves as Kumericans and today look at where we are. The trend has thrown the spotlight on talented artistes in Kumasi which we have been fighting for, for years now,” he said.

Currently in London, Flowking Stone, who is known for songs such as Blow My Mind, Fire Bon Dem, Mekyeakyea, Go Low among others said he is coming out with great tunes this year.