Not every secular artiste is indecent – Helena Rhabbles 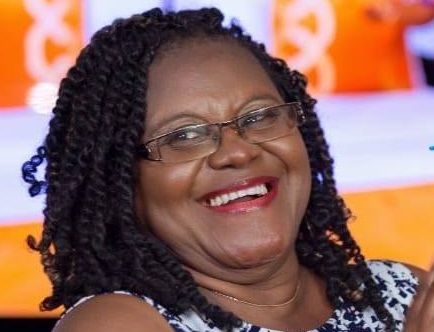 The debate about whether it is right for Gospel artistes to collaborate with secular musicians has been reignited again.

The discussion has heated up after Gospel musician Celestine Donkor featuring secular musicians Akwaboah and Efya on her song Thank You, Yedawase.

While some Gospel artistes have expressed disapproval saying believers did not need to be yoked with unbelievers, a section of the public believes that there should be no discrimination in God since He is for everyone.

And veteran Gospel artiste Helena Rhabbles has waded into the controversy saying secular acts should not be condemned because not all of them are indecent.

Allow me to carry out my assignment – Celestine Donkor tells critics

Pay attention to lyrics of Thank You — Celestine Donkor

I waited 10 years to win a VGMA trophy – Celestine Donkor

“So it will be wrong for anyone to generalise that putting any secular act on your song is not good. However, it comes down to the person you are featuring. You need to ask yourself who you are and what you stand for.

“Then you check the person you are putting on the song. Who is that person? What does the person stand for? Whatever it is, does it align with yours? If you are able to answer in the affirmative then it is ok to have that person on but if not then I don’t see the need to have the person.

“This is important because whether you like it or not, whoever you put on the song will affect you in one way or the other,” she told Graphic Showbiz.

Helena Rhabbles also noted that the artiste must scrutinise the verse the person he/she is featuring is bringing on board. “You know what you want, you should not allow just any lyrics on your song.

“You need to know the lyrics the person is adding to yours. Let us not forget that even the bible says we have the right to everything but it is not all that is good for us.”

Having lived in the United States for two decades, Aunty Helena as she is affectionately called, advised artistes to be accepted in Ghana before going abroad.

“I will advise that before anyone comes to launch an album in the states or a single, the person should work on the song being well received in Ghana first.

“This is because most often, people outside call Ghana to ask if they have heard of the song or album you have launched there. So, it is easy to cross borders if your song is well received in Ghana.”