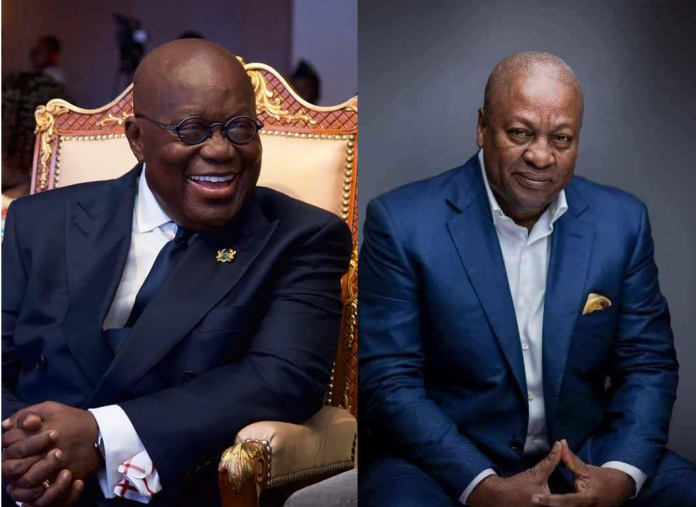 “It is not too late for Mr John Mahama to call President Akufo-Addo, whose emphatic 2020 election victory has been affirmed by the Supreme Court, to congratulate him.

“It is on account of this that the NPP is calling on the former President to do the needful in the collective interest of our nation,” it stated in a statement signed by its General Secretary, Mr John Boadu.

It urged Mr Mahama, who was the National Democratic Congress (NDC) 2020 presidential candidate, to accept the verdict of the Supreme Court on the 2020 Election Petition as a mark of statesmanship and fidelity to the rule of law, even if he disagreed with the judgment.

It said following the judgment of the Supreme Court on March 4, 2021, many had expected the petitioner, Mr Mahama, to emulate the good example of the petitioner in the 2012 Election Petition, Nana Addo Dankwa Akufo-Addo, who disagreed with the judgment of the Supreme Court at the time but accepted the decision and congratulated the then President, Mr Mahama in the interest of the nation.

It quoted President Akufo-Addo as saying after the 2012 election petition that “I have called President John Dramani Mahama and congratulated him on being elected the fourth President of our country. The Supreme Court of our nation has spoken, and the results of the December 2012 presidential election have been confirmed as having been won by the candidate of the NDC, President Mahama. As I said earlier, while I disagree with the court’s decision, I accept it. I accept that what the court said brings finality to the election dispute.”

The statement said that singular act of Nana Akufo-Addo did not only reaffirm his longstanding fidelity to the rule of law as a consummate democrat, and to his country and citizens, but also earned him and the country international accolades and plaudits.

It said instead of congratulating President Akufo-Addo, Mr Mahama rather held a press conference to unleash invectives and unprovoked attacks on the judiciary and the election management body.

It said the NPP agreed with Mr Mahama when he stated in 2013 that “The Courts cannot give you what the people have not given you”.

The statement said Mr Mahama might have lost an opportunity to repeat the enviable feat achieved by President Akufo-Addo in 2013 and get his name written in the history books of consummate and patriotic democrats.

It, however, said it was not too late for Mr Mahama to right the wrong.

“It is not too late for John Mahama to come to terms with his fate and accept the verdict of the nation’s Apex Court even if he disagrees with the judgment,” it stated.