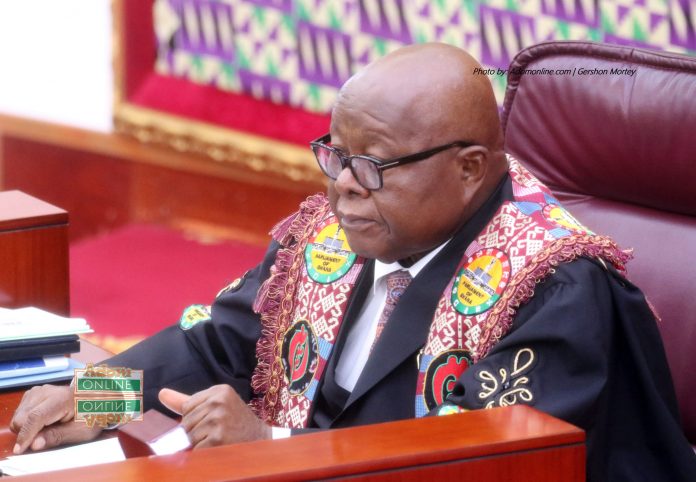 The New Patriotic Party (NPP) says its leadership cannot be blamed for the defeat of the immediate past Speaker for the 7th Parliament, Prof Mike Oquaye.

According to the party, such comments are mischievous, especially when a lot of efforts went in in the interest of the party regarding the election.

A statement, signed by the Aide of the NPP’s General Secretary, Alhaji Iddi Muhayu-Deen, describing the comments as unfortunate, said it ordinarily would have not been dealt with publicly.

Alhaji Muhayu-Deen’s comment comes on the back of claims by the NPP Member of Parliament (MP) for Subin Constituency, Eugene Boakye Antwi, that Prof Oquaye’s defeat should be blamed on the national leadership of the NPP.

Mr Antwi, among others, claimed the NPP leadership lacked coordination and there was the need for self-introspection within the party.

To him, there was great coordination between the National Democratic Congress (NDC) General Secretary, Johnson Asiedu Nketia, and the NDC MPs to enable them to have their choice of Speaker, Alban Bagbin elected.

However, Alhaji Muhayu-Deen’s statement further indicated that Mr Boadu played a critical role in the decision that led to the nomination of MP for Bekwai, Joseph Osei Owusu (Joe Wise) and Fomena MP as First and Second Deputy Speakers respectively.

– NPP LEADERSHIP SETS THE RECORDS STRAIGHT ON THE MATTER

The National executives of the NPP have learnt with utter shock and dismay comments attributed to some members of the party including an incumbent MP, Hon Eugene Boakye Antwi, suggesting that, the party executives should be blamed for the defeat of the party’s nominee for the position of Speaker of Parliament, Prof Mike Oquaye.

Ordinarily, these comments, as unfortunate as they are, would not be responded to publicly but dealt with within the internal mechanisms of the party.

However, given the fact that no less a person than a Member of Parliament is pushing this “agenda” for whatever reasons, and the possibility of same being believed by some unsuspecting members of the party and the general public, the executives particularly the Office of the General Secretary, has found it absolutely necessary to respond to these allegations and accordingly set the records straight.

To start with, it is not true that no national executive of the NPP was present in Parliament at that special sitting to elect a Speaker. Indeed, the General Secretary of the party, John Boadu, representing the national party, spent the whole night in Parliament keenly observing proceedings and communicating with members and leadership of the NPP Majority Caucus on critical matters that were before them.

Not only that, John Boadu, as a key stakeholder in the matters that were before the august house, was invited to participate in the background negotiations involving the leadership of both sides during the deadlock, whereupon he played an instrumental role in getting the NDC side to agree to support the NPP’s proposal to have Hon. Joe Osei Owusu and Hon. Amoako Assiamah, elected on consensus, as First and Second Deputy Speakers respectively.

In the light of the foregoing, coupled with the other efforts put in place by the national executives of the NPP including the organization of a 2-day strategic retreat for all the 138 MPs-Elect, to, inter alia, ensure that the party’s nominees for the positions of Speaker and Deputy Speakers, were given the nod, it would not only be untenable but also highly mischievous for anyone to seek to blame the executives for the unfortunate turn of events. Facts, they say, speak for themselves.

Meanwhile, in the spirit of national cohesion and in furtherance of the appeal by President Akufo-Addo for the two Caucuses in Parliament to work together to reflect the will of the Ghanaian people, the NPP leadership would continue to impress upon the members on its side (i.e. the Majority Caucus) to cooperate and collaborate with their counterparts on the other side to advance the progress and prosperity of our dear country.