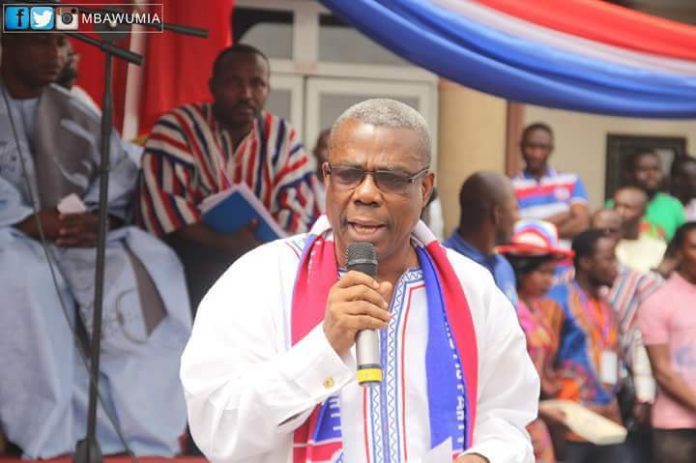 The Campaign Manager for the New Patriotic Party (NPP), Peter Mac Manu has revealed that he will soon be summoned before the party’s Review Committee to answer questions on the performance of the party in the just-ended polls.

Mr Mac Manu who was speaking to JoyNews’ Kwesi Parker-Wilson noted that following the unexpected turnouts of results, particularly, in the parliamentary elections, the Review Committee needs to evaluate the circumstances leading to the results.

According to the Campaign Manager, although he is unsure when he will be asked to appear before the Committee, he is certain he would be invited soon.

“We have a review committee in place, headed by Nana Osafo Maafo with veteran politicians like Paapa Owusu Ankomah, Fred Oware, Elizabeth Ohene amongst others on board.

“They have called my assistant so eventually they will call me. I do not know when but I know that they will eventually call me,” he said.

This comes after at least 33 incumbent NPP MPs lost their seats in the just-ended elections. About 21 of them are either ministers of state or deputy ministers.

In total, the governing party will lose at least 78 legislators out of their 169 in the next Parliament. That means about 50% of all NPP MPs are not returning.

But reacting to this information, Mr Mac Manu attributed the parliamentary casualties NPP suffered in the just-ended polls to behavioural change amongst certain MPs after winning the seat in 2016.

In his view, some lawmakers after winning the parliamentary elections lost touch with the electorates, therefore, the his outfit cannot be fully blamed for the abysmal performance of the party if the MPs who are representatives of the people failed to establish good relationship with their constituents.

“Many things go into parliamentary elections. In our case, parliamentary candidates were not able to convince voters enough to attract their votes. Campaign is your ability to give and send messages directly to the voter which should touch their hearts for them to vote for you.

“So you cannot blame the Campaign Director solely for the failure of an MP to fail to retain his/her seat. This is because the way you behave in your community among others can cause your people to say ‘they do not like you’ because of the behavioural changes you exhibit after winning the elections,” he explained.