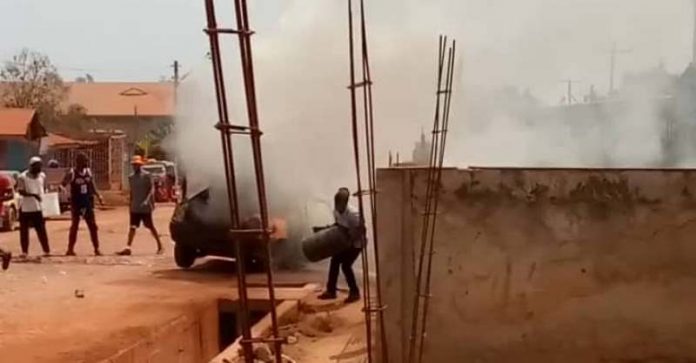 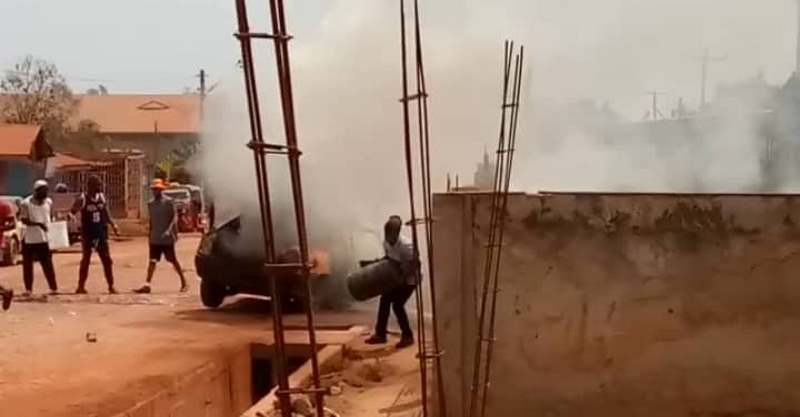 Three passengers on board an Opel Vectra taxi escaped death when the vehicle caught fire and burnt beyond recognition.

Reports indicate the taxi with registration number GT 4366-R was travelling from Kenyasi to Hwidiem in the Asutifi District of the Ahafo Region.

It took the tireless efforts of witnesses to help put out the fire with buckets of water before the firemen arrived.

The Head of Kenyasi Fire Station, DOG III Gariba Sulley, who confirmed the incident in an interview with Adom News, said his team rushed to the scene after a distress call to rescue the passengers.

However, due to the bad nature of roads, his team delayed in reaching the scene where the driver and three passengers, fortunately, escaped death.

He said the car, which uses gas, caught the inferno immediately it passed by one of the bumpers constructed on the road to limit speeding. The cause of the fire was not immediately known.

Meanwhile, he has cautioned drivers, who use gas-fuelled cars, to be extra careful because such vehicles can easily catch fire and cause severe damage.

He also urged drivers to keep fire extinguishers in their vehicles to help fight fire all the time.

Watch the video attached below: