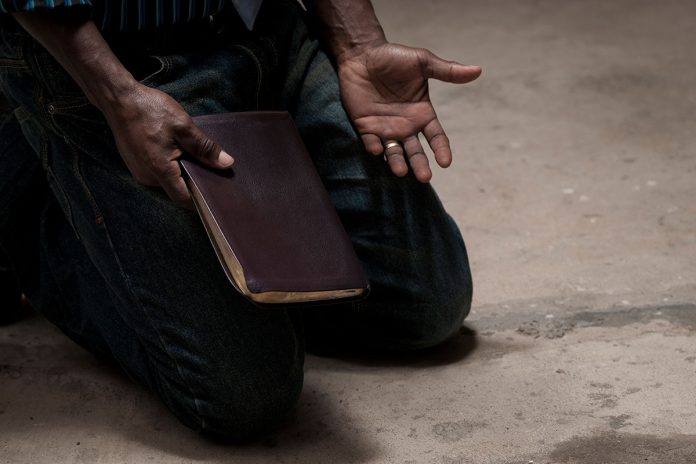 A Ghanaian pastor has died while actively preaching and leading his church members.

The pastor, looking smart in his white shirt over a pair of black trousers, was seen energetically uttering some prophetic words to his members.

He was also seen moving to the other corner of the church auditorium where some of the members stood praying, and slowly went on his knees.

He fell suddenly to the ground and lay there for a while. Oblivious of what was going on around them, the church continued their worship.

They later realised the unfortunate incident after the pastor failed to get up after a considerable amount of time.

Facebook
Twitter
Pinterest
WhatsApp
Previous articleSHS placement for 2021 to be released on Feb 28
Next articleAllow police to deal with gays, lesbians, don’t attack them – IGP cautions