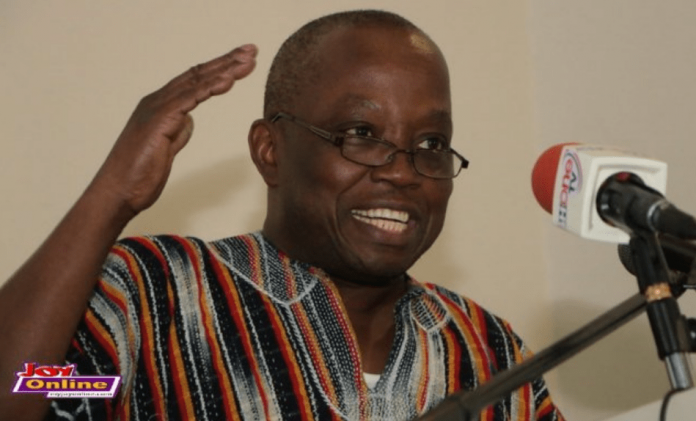 Member of Parliament for Wa Central, Abdul-Rashid Hassan Pelpuo, has described as “calculated” and “intentional” the attempts by the Audit Service Board to prevent Daniel Yao Domelevo from returning to his post as Auditor-General.

Speaking to JoyNews’ Kwesi Parker Wilson from the Floor of Parliament, the legislator stated that the hurdles placed before Mr Domelevo have been orchestrated by “the powers that be to frustrate him for fighting against corruption.”

His statement comes in response to a three-page letter addressed to Mr Domelevo from the Audit Service Board saying that the Auditor-General was due for retirement on June 1, 2020 based on his date of birth.

Meanwhile, Mr Domelevo is expected to resume work on Wednesday, March 3, following a directive from the Presidency in July 2020 to take his accumulated leave of 167 days.

The legislator, who indicated that he has been following the chronology of events, said: “I think the Auditor-General has been given a very raw deal.

“First of all, he was compelled to go on leave, his leave was then extended because he wanted to go the legal and Constitutional rule to ask questions about whether that leave could be relaxed for him.

“The powers that be then made sure that they extended his leave. Now the leave is over and they are bringing more impediments on his way. This is a calculated intentional attempt to frustrate him and to fight back at somebody who is fighting corruption, they are fighting him back.”

According to him, “corruption is a very powerful instrument of war”, and once Mr Domelovo has decided to fight it, he should be ready to face the repercussions.

“And that is what he is facing,” he added.

Consequently, he urged the Auditor-General to report for duty as scheduled, adding that the law court is the only entity mandated to determine the disparity in his date of birth and not the Audit Service Board.

Mr Pelpuo further stated that the step taken by the Government of Ghana and the Board puts a stain on the image of Ghana as a country that claims commitment to fighting corruption.

“It is bad for Ghana, it is not just about the Auditor-General, it is about people who are insisting that somebody who we all know as someone committed to fighting corruption is being fought tooth and nail to the point that he can’t return to work,” the legislator stated.