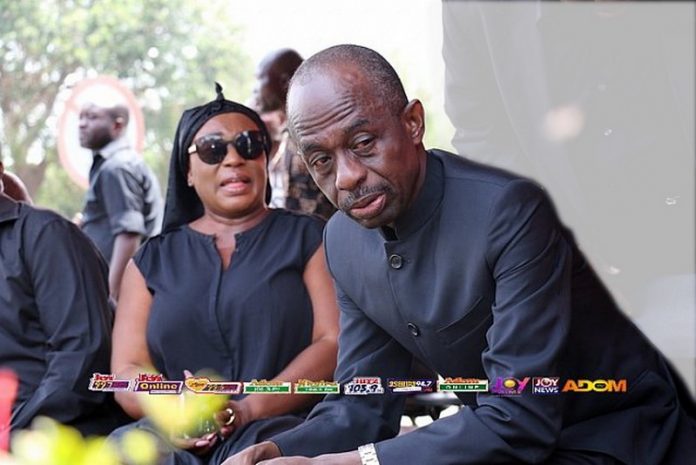 General Mosquito as he is popularly called looked very sober during the service.

Below is a photo from the event

The pre-burial mass was officiated by Most Reverend Charles Plamer Buckle, the Archbishop of Cape Coast and the Vice President of the Ghana Catholic Bishops Conference.

This event will be followed with a vigil at the Air Force Officers Mess in Accra.

For four days, Ghana will mourn and remember its former head of state Jerry John Rawlings who passed away on Thursday, November 12, at the Korle Bu Teaching Hospital in Accra.