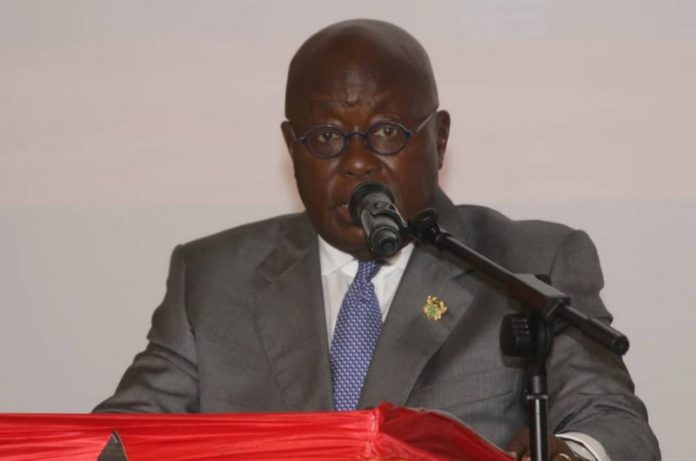 SECRETARY TO THE PRESIDENT

OFFICE OF THE PRESIDENT
JUBILEE HOUSE

We pray your distinguished office to, with the needed urgency, consider this petition as being critical to curtailing issues from escalating in the Garu District which is also a Constituency. As party loyalists who have been vocal in echoing your pro-poor policies that have come in handy and have the potency to ameliorate the plight of the suffering masses of Ghanaians especially the people of the Garu District deem it a moral obligation, a sacred duty and indeed a great sense of patriotism to bring to your attention some pressing concerns regarding the conduct of the Garu DCE, Hon. Emmanuel Asore Avoka during the entire December 2020 elections period.

Sir, we can report from evidential standpoint that your policies are working miracles, peoples’ incomes are soaring, many lives are being lifted from the quagmire of poverty in their thousands thereby reducing unemployment in Garu for which we are grateful. In spite of the sterling performance of your government. Indeed, since his appointment, the party in the Constituency has been fragmented. Unity has eluded the rank and file of the party and has virtually affected the entirety of the District. The points listed below are a few of the issues explained for your perusal and action:

Additionally, the DCE withheld every relevant data and information on Projects implemented by your government in the Constituency from our 2020 campaign team. This went a long way to disarm and indeed forced a shutdown of the party’s communication bureau in the constituency. More frustrating of his actions that defies logic and raises the critical questions whether he is truly a patriot that support your vision of transforming the District and the country as a whole is his obsession with the divide and rule methodology. This has created a vacuum in the party’s ability to articulate the gains of the party in the area, hence allowed our opponent claim rights of some projects and programmes. For example, at a community durbar organized by the Bimoba Students Union where the PC was a guest of honour, we were surprised that the NDC MP was claiming to be the brain behind the rural electrification project that was ongoing in the Constituency among other social intervention like the LEAP and other projects. This has been the sorry state of our predicament in the Garu Constituency Sir. Even though he was named as one of the heads of our 2020 campaign teams, he never got out to campaign in Garu. He was rather seen on the campaign platforms in Tempane where we are told his involvement in a different Constituency aside his own infuriated people to vote against Him.

Your Excellency, it is clear that the DCE is not a believer of your vision, he is not committed to work for the betterment of his people and thus not appreciative of the honour of being appointed to such a noble office. We are, thus, recommending to your high office to consider the removal of Hon. Emmanual Asore Avoka as DCE of the Garu District with immediate effect. His replacement we are optimistic will unite the party, complement the overwhelming endorsement of your second term in office and give Garu a prosperous future.

The DCE is claiming to have supported the campaign with five motorcycles and cash. That is a blatant and an unpatriotic lie. On the contrary, he received five motorcycles, 40 jerseys, 40 footballs, 100 wallentin boots and 100 cutlasses from a benevolent meant for the parliamentary candidate but refused to release same to aid the campaign.

We are most grateful for the opportunity.

Attempts to reach Mr Avoka for a response to the allegations through calls to his phone and text message were not successful.