READ: What to expect in 2021 – Prophet Badu Kobi’s prophecy 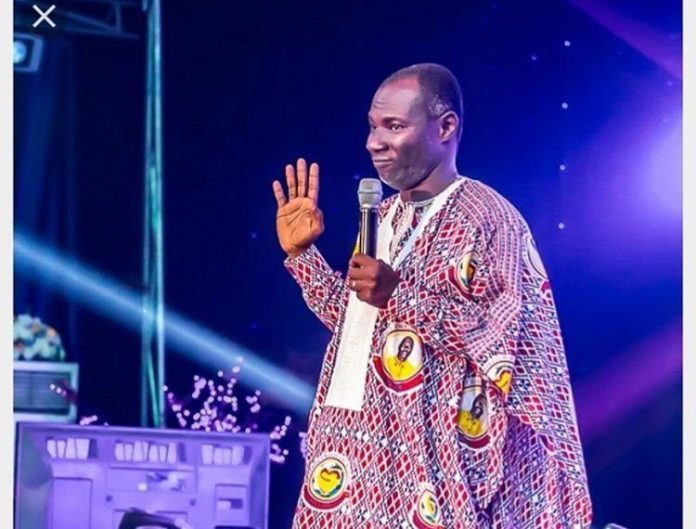 The founder leader of the Glorious Wave Chapel International on 31st watch night service released 21 prophecies about things to happen in 2021.

Prophet Emmanuel Badu Kobi among other things said the Supreme Court will overturn the decision of the Electoral Commission about the outcome of the presidential elections.

which he believes could come to pass if certain actions are not taken.

He revealed that there will be attempts on the life of the Chairperson of the Electoral Commission and Sammy Gyamfi, the National Communication Officer of the NDC.

Below are Prophet Badu Kobi’s 21 prophecies

India shall progress than any other country

The economy of America will slow down

The economy of China will tumble

The truth of Ghana’s election will come out

NPP will give out Kennedy Agyapong

Economies of the world will slow down

Prophets shall be attacked

Because of darkness over Ghana death, poverty, sicknesses will be cheap

A very big funeral will happen in Ghana

2021 will be the year of increased enemies

Bishop Agyinasare, Badu Kobi, Nigel Gaisie have been programmed to be attacked Landcruiser with foreign people have been given pictures of pastors but God won’t give them up. It is political and some pastors are involved

NDC should pray for Sammy Gyamfi. Some people want to kill him spiritually.

The owner of Angel FM should pray. There is a conspiracy to bring his business down in 2021. Captain Smart should ask me who sent people to his house.

Citizens are going to fight police and military

Serious in-fighting in the NPP and secrets will come out

Jean Mensa’s life is in danger