Richard Commey: I don’t have a problem making weight 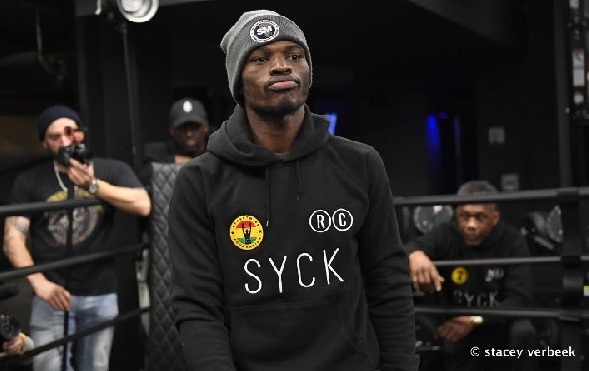 Former International Boxing Federation (IBF) lightweight champion, Richard Commey, says he does not find it difficult making the required 135 pounds weight to fight in the division.

Commey said he was focused on fighting at lightweight for now and was yet to consider moving up in weight to the junior welterweight division.

Next fight in US

The 33-year-old Ghanaian fighter will make a long-awaited return to the ring in over a year against Jackson Marinez on February 13 in Las Vegas since losing to Teofimo Lopez in December 2019.

Commey failed to fight last year following the COVID-19 outbreak and was on vacation most part of 2020.

However, he has been training at his New York base of late, hoping to earn a big win over his formidable opponent from the Dominican Republic.

“I don’t have a problem with making the required weight and I want to focus on my next bout rather than talking about moving up,” Commey told the Daily Graphic in an exclusive interview.

“As a fighter, I can only take the next step after I am done with the upcoming bout; so for now, I am fighting at lightweight,” he explained.

Commey is expected to earn an emphatic victory over Marinez to launch his bid to become a two-time world champion, though the Dominican is not a walkover.

Both fighters go into the fight from defeat in their previous fights, but Marinez last fought in August 2020 but lost to Rolando Romero.

However, Commey stands tall, having had four world championship bouts to his credit unlike Marinez who is yet to make his maiden appearance.