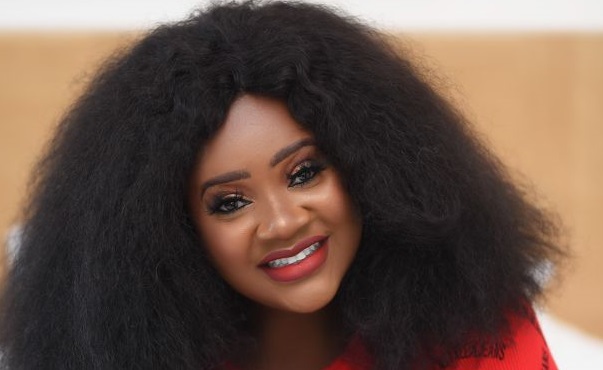 Having had a successful legal challenge against social media influencer, Rosemond Brown, popularly known as Akuapem Poloo, for her nude picture with her seven-year old son, the Executive Director of Child Rights International, Bright Appiah, has been emboldened.

He has received the ‘vim’ to now pursue other legal issues against celebrities who do things considered illegal such as those who use their children as a source of income through endorsement deals and as brand ambassadors.

Mr Appiah’s intentions, which he gave a hint about in a radio interview recently, is not one that sits well with some celebrities, particularly actress Kafui Danku, who has called off the bluff of the organisation and urged Bright Appiah and his team to channel their energies into productive ventures.

Speaking with Graphic Showbiz, the mother of two whose children, Baby Lorde and Baby Titan, have significant following on social media pointed out that the broken focus of the organisation had spurred it on to pursue issues of no interest.

“There’s obviously someone not doing their work right and what we are witnessing is the rippling effect of how they want a wider reach. Celebrities have the numbers, get them in the news and everyone is talking about it.

“Is it not surprising that there has been an active Child Rights Organisation in this country all this while yet there are children all over the streets, being abused in their homes or being molested, among others, with no one or any organisation fighting for them?

“They should set their priorities right because social media is a bubble and chamber of content. Most of these children at Child Rights International have not in a day come face to face with celebrity children who are certainly living comfortable lives.

Read also: Empower children to know who they are – DJ Switch

“If they are really committed and care about the welfare and the abuse of the rights of children, there are many street children and those in orphanages whose parents have abandoned them. They need help, not the ones who have comfortable lives so they should keep their energies for the right issues and those who lack basic rights,” she stated.

According to Kafui Danku, who has featured in a number of movies including 4Play Reloaded, Heal My Heart, A Little Affair and Sin of The Soul, it would be very appropriate for Child Rights International to engage in vigorous public education and awareness about child rights and abandon the strategy of using celebrities to draw public attention to itself.

“Child Rights International should invest in public education and awareness and leave celebrities and their children alone, unless they’re paying them to use their platforms to promote their works. Haven’t there been countless situations where kids who have been defiled have their perpetrators walking free?

Read also: VIDEO: Akuapem Poloo -Jail sentence is a test, I will be back

“What about those who even abandon the choice of lodging a complaint at the police station because they don’t have money to pay for medical reports? There are so many issues derailing the rights of children, among other relevant issues; but as usual, the authorities are quick to act on things that aren’t beneficial to the majority of Ghanaians,” she said.

For Kafui Danku, the social media pages created for their children are not just for fun but an important means to educate and inform their large followers.

“My children are currently not signed as brand ambassadors to any Ghanaian company but have deals with some companies in Canada. But as I was saying, as the parent and administrator of the pages, they were not created because they are fashionable but to educate people.

“For instance, mothers go on one of the pages of my children for tips on nutrition for their babies and on another page where I teach how to get children to take part in both indoor and outdoor games.

“Obviously, these pages are having positive impacts so they should focus on saving children who really need attention,” she said.