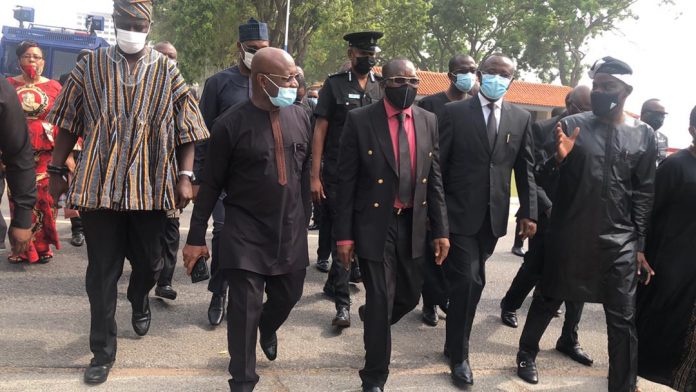 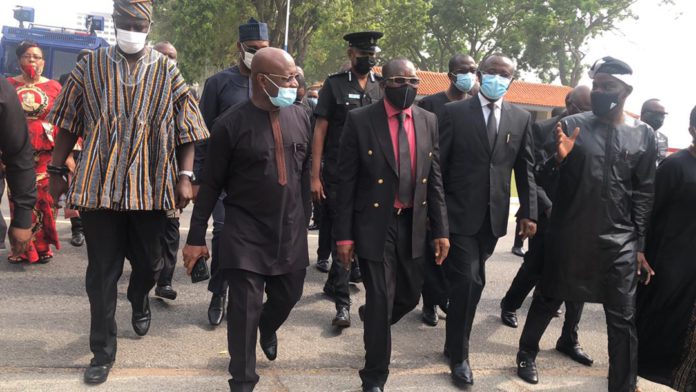 They MPs and their Speaker thronged the auditorium in their numbers to file past the mortal remains of Ghana’s first President of the Fourth Republic.

Clad mainly in red and black attires, the legislators took turns to view the body as today, Tuesday, was their scheduled day to do so.

Monday was set aside for members of the public, heads of security agencies, leaders of political parties, along with traditional leaders as part of the three-day state burial.

The final funeral rites of Mr Rawlings which will mark the last day of the state mourning will be on Wednesday, January 27, 2021.

The ceremony will be held at the Independence Square in Accra from 9:00 to 11:00 am.

Watch a video the legislators’ filing pass below: