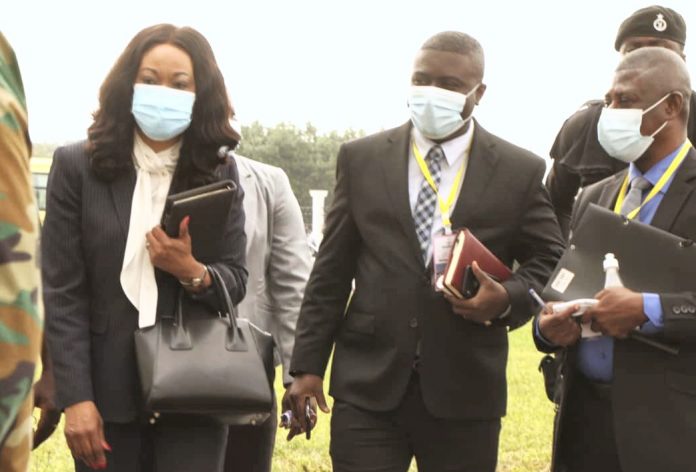 The Supreme court has dismissed an application by the petitioner in the 2020 presidential election petition, which was asking the court to order the Electoral Commission to allow him to inspect some original documents.

According to the seven-member panel of the court, presided over by Chief Justice, Justice Kwasi Anin Yeboah, the petitioner, former President John Dramani Mahama  has not demonstrated to the court that he has no records of the said documents.

Counsel for Mr Mahama, Mr Tsatsu Tsikata had Tuesday filed the motion and notified the court that a declaration on it would inform whether they will call another witness or not.

Lead counsel for the petitioner, Mr Tsatsu Tsikata who moved the motion Wednesday said the legal team had on January 19, this year requested to inspect the said document but had since not received a response from the EC which necessitated them to file the motion for the court’s order.

He argued that four different figures had emanated as total valid votes cast from the 2020 presidential election.

He noted that till date, they still could not tell what the correct figure of the total valid votes cast was.

“These are plain circumstances which necessitates a reference back to the original documents which are in the custody of the first respondent (EC) so that there could be a proper validation of what the correct figure is.”

Mr Tsikata further argued that it was in the interest of transparency and fair hearing that the EC granted its request.

Both counsels for the EC and President Nana Addo Dankwa Akufo-Addo opposed the motion arguing that the petitioner bore the burden of proof and that it was his duty to produce the figures before the court since the petitioner had a carbon copy of the results.

Counsel for the EC, Mr Justin Amenuvor in his argument to oppose the application said the petitioner had 21 days between the time the results were declared and the time he filed his petition to have made that request but failed to do so.

Also, counsel argued that the petitioner’s witness admitted that they had the carbon copies in their possession and hence there was no need for the application.

“This is an attempt to shift the burden of proof and production of evidence on we the respondents,” counsel added.