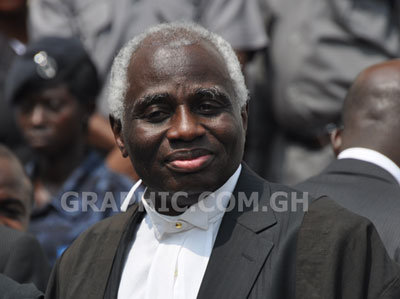 The Supreme Court has dismissed former President John Dramani Mahama’s application which was asking the court to review its decision that disallowed him from asking the Electoral Commission (EC) 12 questions in the 2020 presidential election petition.

The court in its ruling Thursday [January 28, 2021] said the applicant had not met the threshold to apply for review and was subsequently dismissed.

The presidential candidate of the National Democratic Congress (NDC), Mr John Dramani Mahama, is challenging the declaration of President Akufo-Addo as the winner of the 2020 presidential election.

At the hearing Thursday, counsels for Mr Mahama and the EC withdrew their applications and were accordingly dismissed by the seven-member panel of the apex court before it enhanced its panel to nine in order to hear some motions filed by the petitioner in respect of the review.

The motion that was filed in respect to this was also dismissed.

The Supreme Court also dismissed an application by Mr Mahama which sought to file an additional ground of review, replace paragraph 28 of the original statement of case and file a supplement of the statement of case.

Below is a LIVE video from the Supreme Court