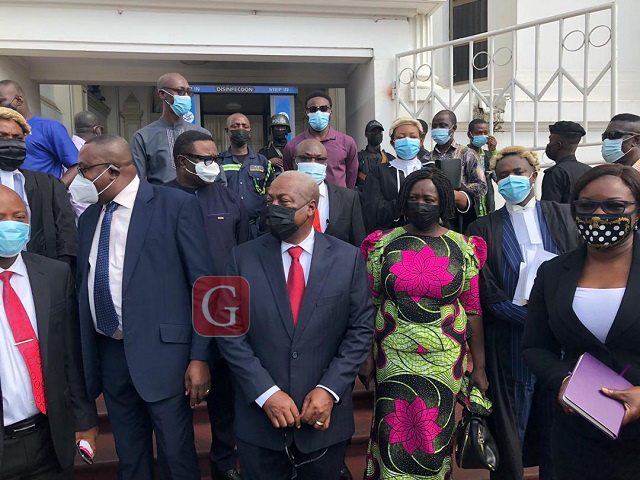 The Supreme Court says it will not hesitate to dismiss the 2020 election petition filed by former President John Dramani Mahama if he (Mahama) fails to comply with the court’s order to file his witness statement.

This comes after Mr Mahama [petitioner], whose lawyers had told the court that they had five witnesses, failed to comply with the court’s order to file witness statements by Thursday, January 21, 2020 as ordered by the court.

According to the seven-member panel of the apex court, before it listens to any further applications, it was imperative for the petitioner to obey its orders else it would invoke the sanctions under rule 69 which gives the court the power to dismiss the petition if the petitioner failed to comply with the order of the court.

The Supreme court had on Wednesday January 20, 2020 ordered the petitioner to file his witness statements by Thursday, January 21, 2020.

The Electoral Commission (1st respondent) and President Akufo-Addo (2nd respondent) was ordered by the court to file their witness statements by Friday, January, 22.

While the EC and President Akufo-Addo had filed their witness statements, Mr Mahama did not comply with the orders of the court.

When the case was Tuesday morning [January 26, 2021), although the lead counsel for Mr Mahama was absent, Mr Tony Lithur, a member of the petitioner’s legal team, was asked by the panel why he failed to comply with the court order to file witness statements as directed by the court.

He further argued that the petition could be undermined if the application for review was not heard, a situation which he also said could also affect their witness statements.

The court further took a recess for about 30 minutes and ordered the petitioner to file his witness statements by Wednesday, January 27.

The court further fixed Thursday, January 28, 2021 as the next date.

The 2020 presidential election petition reached its climax Thursday with the Supreme Court delivering a judgment that affirmed Nana Addo Dankwa Akufo-Addo as the...
Read more
Politics

The Supreme Court in its unanimous judgment that affirmed Nana Addo Dankwa Akufo-Addo as a validly elected President described the testimonies of two of...
Read more