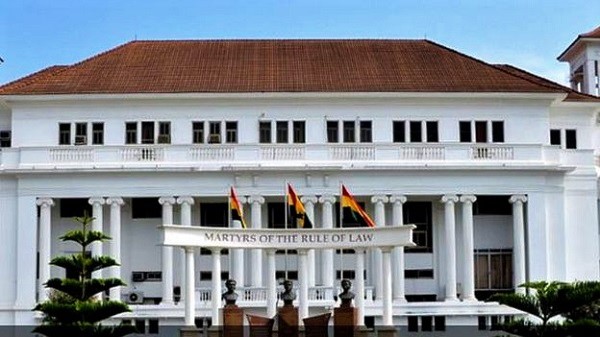 The Supreme Court will sit on Monday , January 4, 2020 to hear an application challenging a decision of the Ho High Court to put an injunction on the gazetting of the New Patriotic Party (NPP) MP-elect for Hohoe, Mr John Peter Amewu.

A five – member panel of the apex court, presided over by Justice Yaw Appau, set the date today (Wednesday , December 30) after granting an application for abridgment of time filed by the Attorney-General (A-G).

Per the directives issued by the court, the interested parties must file their statement of case tomorrow (December 31) by 12 noon , while the A-G, if it wants to reply, must do so by the close of day tomorrow.

The five member panel after hearing the substantive application on January 4 will then make a determination of whether or not the Ho High Court, presided over by Justice George Buadi, acted in tandem with the law when it put an injunction on the gazetting on Mr Amewu.

The A-G, yesterday (December 29) invoked the supervisory jurisdiction of the apex court seeking an order to quash the decision of the  Ho High Court which halted the gazetting of Mr Amewu.

The A-G is seeking an order of certiorari to quash the decision of the Ho High Court dated December 23, this year

It is the case of the A-G that the Ho High Court  had no jurisdiction to put an injunction on the gazetting of Mr Amewu because the entire legal action leading to the decision was a nullity.

The case was originally scheduled for hearing on January 12, but the A-G  filed an application for abridgment of time.

Making a case for the abridgment of time today, a Deputy A-G, Mr Godfred Yeboah Dame , argued that it was of outmost importance for the case to be brought forward because it had implications on the composition of the eight parliament which will be inaugurated on January 7,2021

According to him, the 8th Parliament would not be completed if the case was still pending by January 7, 2021.

Such a situation, he said, would affect the people of Hohoe and the nation at large.

Although the application for abridgment of time was filed ex parte , the court allowed counsel for the interested parties, Mr Tsatsu Tsikata , to make a submission.

Mr Tsikata also argued that the case must be heard expeditiously because his clients who were residents of Santrokofi,Akpafu, Likpe, and Lolobi, (SALL) were denied the opportunity to vote in the last parliamentary elections held on December 7.

He asked the court to hear the matter immediately , even if on January 1, which was a statutory holiday.

“We are ready to file our statement by tomorrow and let us start the hearing immediately even if on January 1,” counsel argued.

Justice Tanko Amadu reminded counsel that January 1 was a statutory holiday and therefore the court could not sit on that day as it would be against the law.

The court ultimately decided to hear the case on January 4.

On December 23, the Ho High Court , presided over by Justice George Buadi granted an interim injunction restraining the EC from gazetting, the New Patriotic Party (NPP) candidate,  Mr Amewu as the MP elect for Hohoe.

The applicants had argued that the election of Mr Amewu as the MP elect was fraught with many “deficiencies” and that Mr Amewu “was not duly elected to represent the people of Hohoe Constituency.

It was basically the contention of the applicants that voters in Santrokofi , Akpafu, Likpe, and Lolobi, (SALL) were only given the opportunity to vote in the Presidential election and not the parliamentary election.

It must be noted that the EC did not conduct parliamentary elections in SALL following a Supreme Court decision in June this year , which declared that it was unconstitutional for SALL which is now in the Oti Region to be part of Hohoe constituency which is in the Volta Region

According to the apex court , Per Article 47 (2) of the 1992 Constitution, “no constituency shall fall within more than one region.”