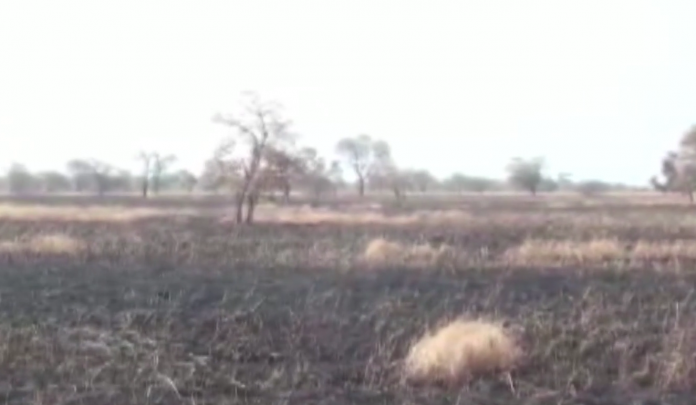 Some 320 out of 413 acres of rice farm belonging to the Northern Regional Chairman of the National Democratic Congress (NDC), Ibrahim Mobila, has been consumed by fire.

The incident occurred in a farming community of the North East Gonja District of the Savannah Region a day before the NDC demonstration in Tamale on Wednesday.

The blaze did not affect any neighbouring farmland.

Speaking to the media, Alhaji Mobila noted that the fire destroyed at least 85% of the farm before some Kujere community members doused the flames.

According to him, although he suspects arson, he would not report the matter to the police.

Instead, he would rather rain curses on his suspect and the family of the arsonist.

“That person has mentioned to me before when we were planting that no one has been able to farm (on the land) but I have come to do it.