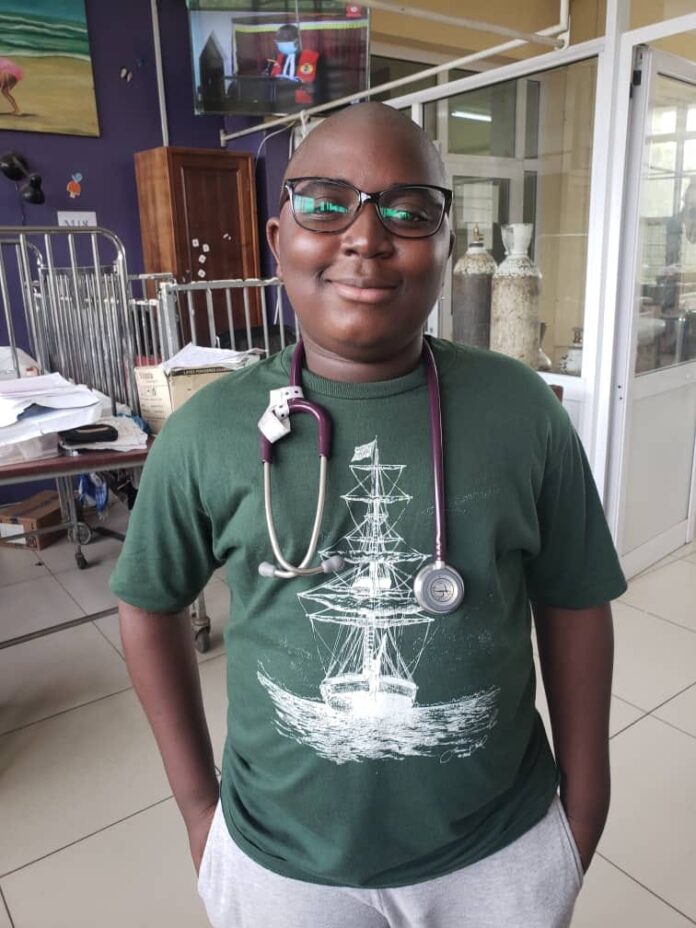 Social media users have been thrown in a state of mourning over the demise of a 13-year-old boy identified as Michael Asiamah, following a brain surgery.

He went viral some weeks ago after news of his brain tumour condition broke out.

Celebrities, including Sarkodie, rallied for support through a GoFundMe account to enable him undergo a $30,000 surgery at the Korle Bu Teaching Hospital.

The boy’s mother, Cordelia Ama Selormey, who took to her Facebook page to break the news of his demise noted the surgery was successful with no tissues damaged.

Madam Selormey, who described her son as her deepest affection, said he was undergoing a beautiful recovery.

However, he passed on on Friday, April 9, 2021, when he complained of chest pains after his supper.

According to her, the reason she took to social media to announce the demise was to express her appreciation to all and sundry who contributed towards his surgery.

She, among other things, said she will hold fond memories of her son within their short time together on earth.

Her announcement, which has left many hearts broken, has generated commiseration messages to the family.