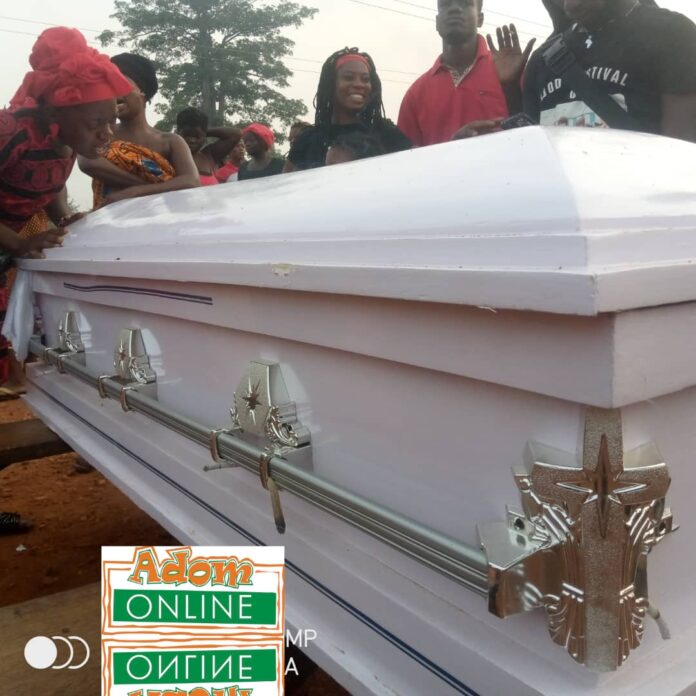 A police officer, Constable Eugene Yelnona, 27, stationed at the National Protection Unit, who was shot dead a couple of weeks ago while on duty, has been laid to rest.

Unfortunately, the mother also died just a day before his death, hence a joint burial for the duo on Saturday, February 20, 2021.

Constable Yelnona on the day of the incident was at the residence of the Togo opposition leader, Silvio Olympio at Pramposo in the Kintampo South District.

The Police Administration, through the Kintampo South District Police Command, observed the burial ceremony and pledged to collaborate with the family when the covid-19 restrictions are eased.

The commander also assured that investigations into the murder of the officer were still underway but he is not in the position to give details of the outcome.

Meanwhile, the father of the deceased, Raphael Yelona, has also been involved in an accident and currently on admission at Wenchi Methodist Hospital and therefore could not witness the burial of the wife and the son.